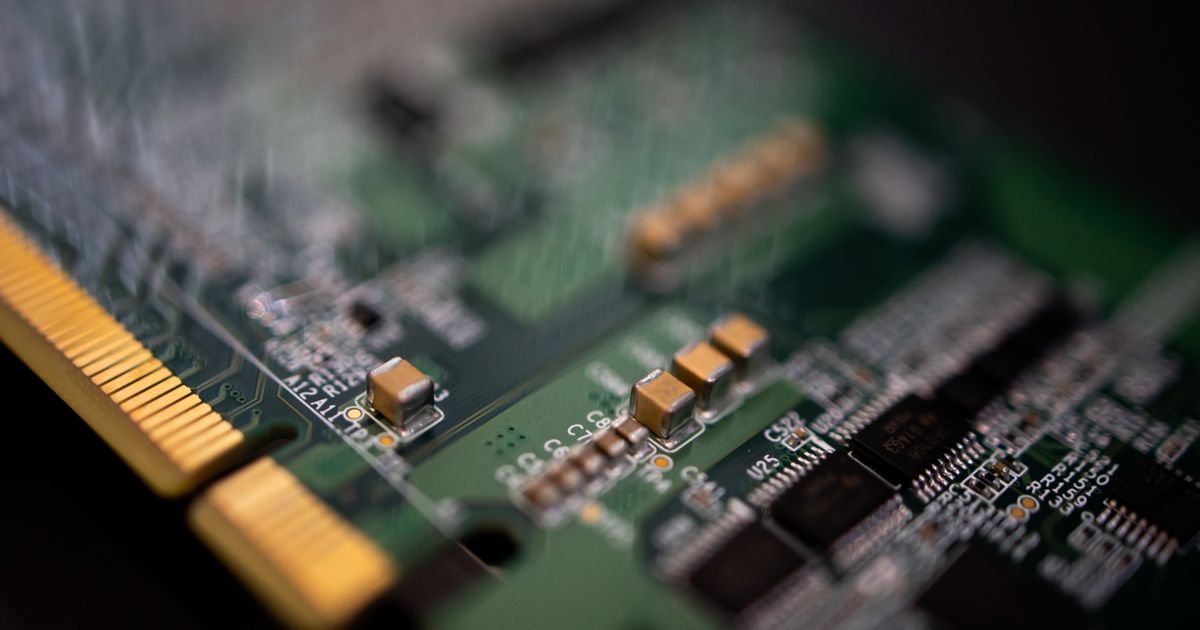 To understand why the $ 450 billion semiconductor industry is in crisis, we need to start with a small piece called a screen controller that costs one dollar.

The global silicon industry is made up of hundreds of different types of chips, and among the most striking are those from Qualcomm and Intel, ranging from $ 100 to more than $ 1,000. Te chips They have powerful computers or a gleaming smartphone in their pocket. Conversely a screen controller It is everyday, its sole purpose is to provide basic instructions for illuminating the screen of a telephone, monitor or navigation system.

The problem with the chip industry and increasingly companies that go beyond technology, such as car manufacturers, is that there are too few drivers to display. The companies that make them can’t keep up with growing demand, so prices have skyrocketed.

This contributes to the lack of supply and rising costs of liquid crystal displays, components essential to the manufacture of televisions and laptops, as well as high-end cars, airplanes and refrigerators.

“There’s no way. If you have everything else but you don’t have a screen controller, then you won’t be able to make your own product,” said Stacy Rasgon, who covers the semiconductor industry for Sanford C. Bernstein.

Currently, the crisis in a handful of seemingly insignificant parts (such as power management chips) has spread across the world economy. Car manufacturers such as Ford Motor, Nissan Motor and Volkswagen have already cut production, leading to more than $ 60 billion in lost revenue for the industry this year.

Also read: “Very strange”: Volkswagen says the renaming to the “Voltswagen” was just a joke

The condition is likely to get worse before it improves. A rare winter storm in Texas has ruined U.S. production. A fire at a key factory in Japan will close the facility for a month. Samsung Electronics pointed to a “serious imbalance” in the industry, while Taiwan Semiconductor Manufacturing said it could not keep up with demand even though the factories have more than 100% capacity.

“I haven’t seen anything like this in the last 20 years since our company was founded,” said Jordan Wu, co-founder and CEO of Himax Technologies, a leading provider of display drivers.

The chip crisis was born out of an understandable misjudgment when a coronavirus pandemic broke out last year. As COVID-19 began to spread from China to the rest of the world, many companies predicted that people would cut costs when times were tough.

“I cut out all my projections. I used the financial crisis as a model, ”says Rasgon. “But the demand was really severe.”

People who were trapped at home started buying technology and continued to buy. They bought better computers and bigger screens so they could work remotely. The children were given new laptops for distance learning. They purchased 4K TVs, game consoles, milk frothers, fryers and submersible mixers to make life in quarantine more enjoyable. The pandemic turned into an extended Black Friday.

Problems have befallen carmakers. During the prisons, they closed their plants, while demand collapsed because no one was able to approach the outlets. At the same time, suppliers were told to stop shipping components, including chips, which are becoming increasingly important to cars.

Later, at the end of last year, demand began to grow. People wanted to go out and didn’t want to use public transportation. Carmakers reopened factories and went to work with chipmakers such as TSMC and Samsung. Your answer? Behind the line. They could not make chips fast enough to meet the needs of their customers.

Jordan Wu of Himax is in the middle of a storm in the technology industry. A recent March morning, the 61-year-old with glasses agreed to meet at his office in Taipei to discuss the shortage and why it is so difficult to resolve. Wu was willing enough to speak, as the interview was scheduled for the same morning as requested by Bloomberg News, with two members of his staff joining in person and two others over the phone.

In 2001, Wu founded Himax with his brother Biing-seng, now president of the company. They began manufacturing IC controllers, as they are known in the industry, for laptops and monitors. In 2006, they became public and grew with the computer industry, expanding to smartphones, tablets, and touch screens. Its chips are now used in dozens of products, from phones and TVs to cars.

The bottleneck is that these mature chip-making lines are running out. Wu says the pandemic has created such strong demand that manufacturing partners can’t make enough display drivers for all the boards that go to computers, TVs and game consoles, in addition to all the new products companies are putting up. Screens such as refrigerators, smart thermometers and car entertainment systems.

Wu explained that Himax can’t make more screen drivers that put more pressure on its workforce. The company designs display controllers and then manufactures them in a foundry such as TSMC or United Microelectronics. Its chips are made using “mature node” technology, the equipment is at least a few generations behind state-of-the-art processes. These machines imprint lines in silicon with a width of 16 nanometers or more compared to the cinna nanometers of premium chips.

There are special limitations to driver integrated circuits for automotive systems because they are typically made on eight-inch silicon wafers rather than on more advanced 12-inch wafers. Sumco, one of the leading slice manufacturers, reported that the production capacity of 8-inch equipment lines in 2020 was about 5,000 slices per month, which is less than in 2017.

All of this is beneficial to Himax. Sales are rising and the share price has tripled since November.

However, the CEO is not celebrating. Above all, his company is giving customers what they want, so his inability to meet their demands at such a critical moment is frustrating for him. He does not expect the crisis, especially in the area of ​​automotive components, to end any time soon.

“We have not yet reached a position where we could see the light at the end of the tunnel,” Wu said.

The TUDN signal is coming to Azteca TV; Martinoli and Luis García are making fun

Thus, the new parameters for the scoreboard will be for epidemiological risk

Altair Jarabo has revealed the details of his upcoming wedding: “It makes me nervous”