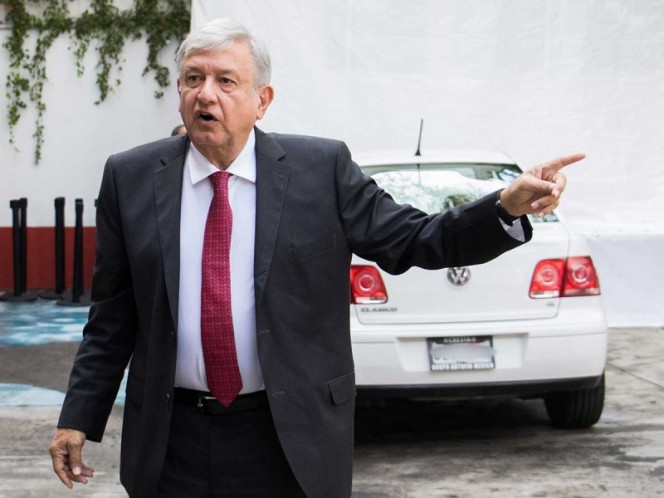 This Tuesday was elected President of Mexico, Andrés Manuel López Obrador, announced that in the first days of the following December they would travel to the state of Nayarit because of a state of emergency in which the population remained after the transition to the hurricane Willa.

In a message published on social networks, the future president stressed that, despite the serious situation she faced a few weeks ago, Nayarites of Acaponeta and Tuxpan, Tecuala, Santiago Ixcuintla, Del Nayar "there is forgetfulness and isolation"what happened to the media.

However, he showed that from the first moments of the state of emergency, he was aware of the position and even the governor, Antonio Echavarría García He called for support.

That is why López Obrador sent those who were hurt by the hurricane Willa in which he told them they are not alone and that his government will do everything that is "humane" to do in order to help restore its people.

Nayarit did not spread a lot in the national media, he was isolated as a state, the only solidarity was the same people, this has to be emphasized (…) and I commit myself to the presidency in the first week, I will be in Nayarit in the affected area and I will with you (…) transmit them so that they can count on us, yes We will support, as far as possible, we will do everything that we can, we will not let you alone. "

The elected president said that now it is not possible that he would be with the victims, because he is participating in the theme of budgeting for the coming year, thus ensuring the attention of the needs of people.

After the arrival of the first week of December, López Obrador requested that the funds from the Natural Disasters Fund be used because time is often time-consuming and the urgent cases that people have lived in are being forgotten.

López Obrador sent this message to a group of marine lawmakers representing Nayarit, led by Dr. Miguel Ángel Navarro, the current senator of the republic, who revealed that they will continue to collect food and other assistance to pass it on to those affected.