We are very lucky that the Earth is inhabited 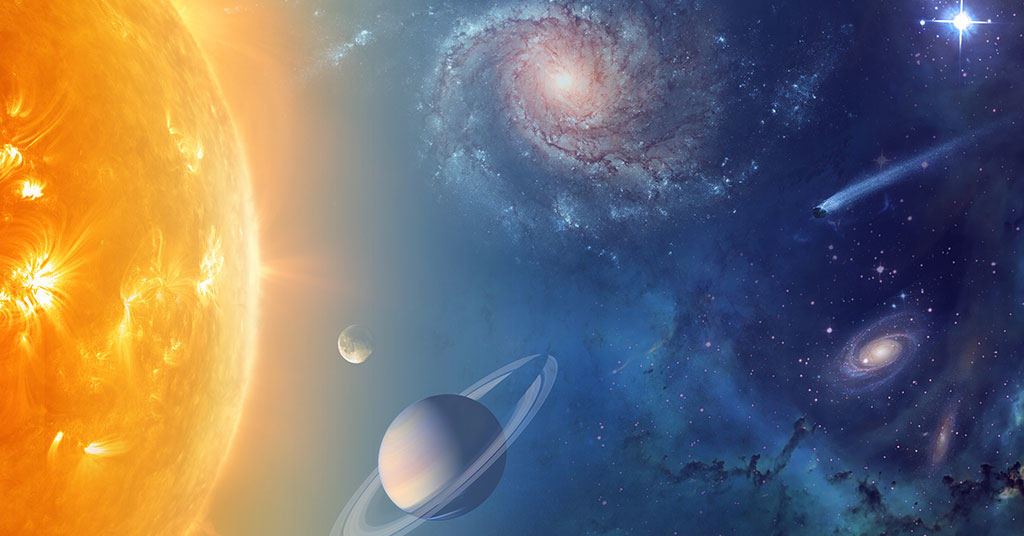 The question, by the way, is very extraordinary. Therefore, the current global warming shows us that the climate can change very quickly – albeit in a few centuries. In geological time scales, such a process is even more likely.

Calculations show that in a few million years, the Earth’s climate could change to the point where the entire Earth would freeze or, conversely, boil.

We also know that since the first beginnings of life on Earth, the brightness of the Sun has increased by 30 percent. Theoretically, this should have already strengthened the oceans, because they were not frozen at the time of the formation of life – this is called the “paradox of the young pale Sun”. But this mystery of the obstacle to survival was overcome.

Researchers have developed two main theories. First, that there may be some sort of thermostat on Earth, a feedback mechanism (or mechanisms) that prevents the climate from deviating too much into deadly temperature ranges.

The second is that only a very small number of the huge number of planets may be lucky. And Earth won a pot of gold in this interstellar lottery. And in recent years, which astronomers have abundantly recorded and studied, planets orbiting other stars suggest a second scenario is more likely.

Astronomical observations of distant stars show that the planets revolve around these stars and that the size, density, and distance of some of them are such that they can maintain a temperature suitable for life. It is estimated that there could be at least two billion such viable planets in our galaxy alone.

Scientists would very much like to travel to these exoplanets and see if at least one of them could be billions of years of climate stability equal to Earth. But even the nearest exoplanets in the star Centaur Proxima are more than 4 light-years away. So there can be no talk of experiments either. It is also difficult to talk about direct observation data.

And what do researchers do when their employment opportunities are so limited? Modeling.

Toby Tyrell, Professor of Earth Systems Science at the University of Southampton (UK), originally created 100,000 planets, each with a random, ever-changing set of climate feedback, using a computer program designed to model the entire evolution of planets (not just Earth). ). Climate feedback is a process that can exacerbate or mitigate climate change. The experience of such feedback is the glaciers of the Earth’s poles: when they melt due to climate change, the reflective surface of the ice is replaced by the open sea, which absorbs light. And this leads to faster warming and even faster melting of glaciers.

To test the probability that any of these different planets would maintain survival conditions at huge (geological) time intervals, the scientist modeled each of these planets 100 times. Each time, evolution began at a different initial temperature and was exposed to different random climatic events.

These events could be climate-changing phenomena, such as supervolcanic eruptions (similar to the Pinatub eruption, only on a much larger scale) or asteroid attacks (similar to the one that wiped out dinosaurs on Earth). In each of the 100 simulations, the temperature was monitored until it reached too low or too high a temperature or remained in the average temperature range of 3 billion. years – they decided that such a period is enough to develop intelligent life forms.

And these simulations gave a clear answer to the question of viability. Or, in this case, at least more important is feedback or simple success. And cases where the feedback that stabilized the planet’s climate was so strong that it could survive in all 100 different simulations were extremely rare. Specifically, such a case was only one in 100,000.

And even planetary conditions, which allowed a reasonable life to be achieved at least once in 100 attempts, were very rare in less than a dozen cases. In almost all cases, the planet has spent a full 3 billion. for years this was the result of success or at least part of success.

At the same time, simulations have shown that success alone is not enough. Planets specifically designed to have no climate feedback have never been able to maintain a stable climate, and randomly created planets hampered by climate shocks have never successfully completed modeling.

The end result is that the planet’s viability depends in part on climate feedback and in part on success. This was not affected by any changes in modeling. So it would turn out that there should be some kind of climate-stabilizing feedback on Earth, but she was also very lucky to have survived all three billion years.

For example, if we were struck by a larger asteroid or a stronger solar flare, or if this happened at a different, more sensitive time, it is very possible that we would not be on Earth.

And this allows us to look at it from a different perspective, so we can look at the wonderful, very long history of the evolution and diversity of life on Earth, the complex ecosystems that have become the cause of our creation.

The topic of manipulative vaccination is expanding: 12 questions have been asked but cannot be answered orally

The daughter of the famous Anastasia Zavorotniuk, who had brain cancer, said: the last two years have been the hardest in my life

1.29 billion is expected to be invested in the electricity transmission network in a decade. euros