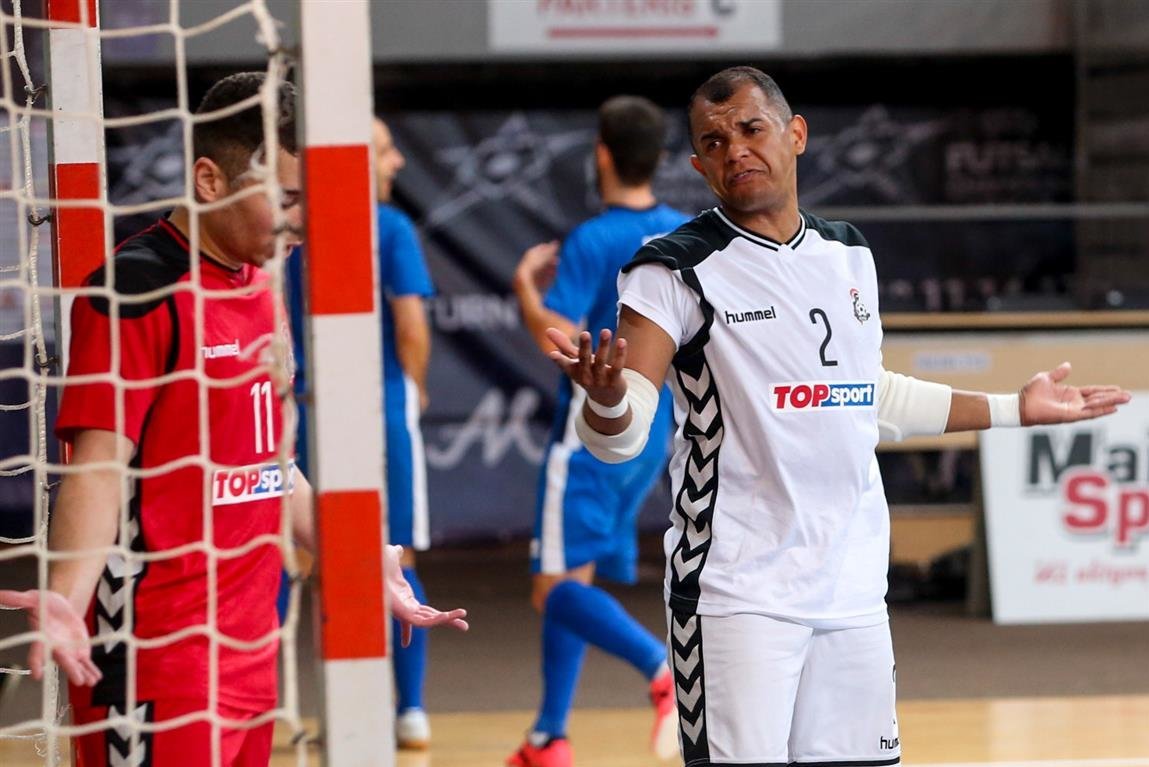 On Thursday in the Alytus Arena, UEFA League Champions League elite rounds A group went to the fight. For the first time in history, the strongest team in Lithuania, Kaunas Vytis, also plays.

The second round of the match on Thursday is the Kaunas club 1: 2 (0: 1) landed for Slovenian champions of footballers Dobovec. Following this mistake, Vytis lost hope of winning the group and entering the last four.

It was not necessary to wait for the first match of the match. At the door "Vytis" was a target punishment. Dobovec was lying on the ball and attacked Olinhos Defend the door. Goalkeeper "Vytis" twice saved the team, and the guests again put up a strike for the third time until they were noticed Alan Feticius (2:17 min).

In the first quarter Dobovec collected 4 errors. However, in the remaining quarter, Slovenians played disciplined, no more violations, and "Vytis" had no right to penalize.

The other half started Dobovec. Ericson he grossly made a mistake on his side of the market Alan Feticius handed over the ball Rocky Mordeiu (21:53) and this is not wrong.

At the end of the match, "Vytis" replaced the goalkeeper with the team and continued with the delay in catching up – Sandrinho (39:21) was marked by Justino Zagursko transfer. In the last seconds Guesinho he still tried to kick the same, but the opponent blocked the shot. By the way, Dobovec had 5 errors in the second half and hardly managed to score in the penalty.

For the first time on Wednesday, "Vytis" 2: 5 defeated Belgian champions FP Halle-Gooik and Dobovec 1: 5 he won the most powerful European team in Madrid Inter (Spain).

Vytis will end in the Champions League on Saturday when he meets with the quarter-finals in the strongest European team Inter.

In the UEFA Cup elite football league, there are 16 teams divided into 4 groups. Only the winners of the group will arrive at the end of the next fourth finals.

"Vytis" had to cross the longest route to the elite round of all teams in group A. Kaunas team won the preliminary stage F in Jonava at the end of August, while in the beginning of October Slovakia won the eighth group on the main stage.

Looking closer to the Quartet:

Latest results in the local championship: 6 wins and 1 loser

The most influential player in the Champions League (2018): Alen Fetič (3 goals)

The Dobovec Club, founded in the small town of Rogateka, has been in Slovene for 40 years, and today is the 24th anniversary celebration of the anniversary. Dobovec celebrated this anniversary in particular, for the second time in the history of the club he became the Slovenian champion in the futsal, and for the first time in history he also won the Finnish championship.

In general, until 1995, the Dobovec team played only in various amateur leagues until it became the strongest Slovenian football league in the 2000/01 season. For the first time they became national champions in the 2014/15 season when they beat the Kobarid KMN in the final. The following year they failed to defend the trophy, but after a three-year break, Dobovec again became the strongest Slovenian football team. Although there were others in the regular season, they championed the final game and enjoyed gold again.

Since the club became the national champion twice, he also played twice in the UEFA Champions League final. In the 2015/16 season, they managed to reach the Elite stage. At the main stage they beat Varnai Grand Pro 7-2 and 5-0 Sarajevo Center, but the Benfica Libyan benchmark in Venice fell 1: 6.

Nevertheless, the club was enough to reach Elite Champions League, but it was the first pancake in it. The Slovenian team managed to defeat the already mentioned club Kremlin-Bicetre United France 2-1, but got a painful lesson from Belarus LSM Lida (2: 7) and Madrid Inter (0: 8), which will be the Slovenian champions this year.

In order for Dobovec to get to know the strongest European team Inter, they had to go through the main stage of the selection and successfully did it. The club of the Slovenian championship won with two victories, with a 3-0 victory over the Russian "Sibiryakom" and with a victory of 6: 2 over the Hungarian "Berettyoujfalu".

Still, another club in Russia, Yugorsk's Gazprom-Ugra, did not beat the national team, and vice versa, as well as Kaunas Vytis, were already beaten in the UEFA Champions League final. The aforementioned Russian teams lost 0: 2.

For the second time in the club Dobovec, which goes to Elite, there are already a few more experiences and plans to play in Alytus better than three years ago.

It is true that the club will not come to Lithuania as you would like. Last week, Dobovec lost a very important match at the Slovenian championship in futsal when the FutureNet Maribor team landed 3: 5 and lost leadership in the Slovenian football league. At the moment, Dobovec has 18 points and is second in second place, with the FutureNet club with 19 points, in the first place. However, the difference between the goals scored by Dobovec and the missed goals is the best in the league (+27).

Coach Dobovec, Croatian Drama Morina, does not want to miss this big defeat and says his team is looking forward to excursions to Lithuania.

"Our team feels very good and expects to start the finals of the Elite Champions League in Lithuania. All team players are healthy and ready for the challenges we face in Lithuania," said K. Morina, futsal.lt.

"We are well aware that we are in a difficult group where we play against very high caliber teams with experience in this tournament, but we really will not quit." Every player dreams of coming to the last four and not an exception We assure that in each match gave all the forces, "stressed the Croatian training Dobovec club.

The Dobovec team is made up of Slovenians. This team also has seven Slovenian teams and two members of the Croatian team for futsal. Therefore, the main players of the team are very entertaining, as they compete not only in the same team, but also in the same team.

Slovenian champions will be the only team in the group that will not have Brazilians in their ranks. Even though Mrs Morina did not fully motivate him, she understands that the Brazilians will be the main weapon of Vytis.

"In the Champions League we followed the Lithuanian championship of FK" Vytis ". We know that this is a team with high qualifications, whose brains are Brazilian. This team is worthy of respect and proof, as it is the first in the first and the main stage of the Champions League. it's hard to play, especially in Lithuania, where they will have the support of their fans, "concluded K. Morina with talks about the Lithuanians.