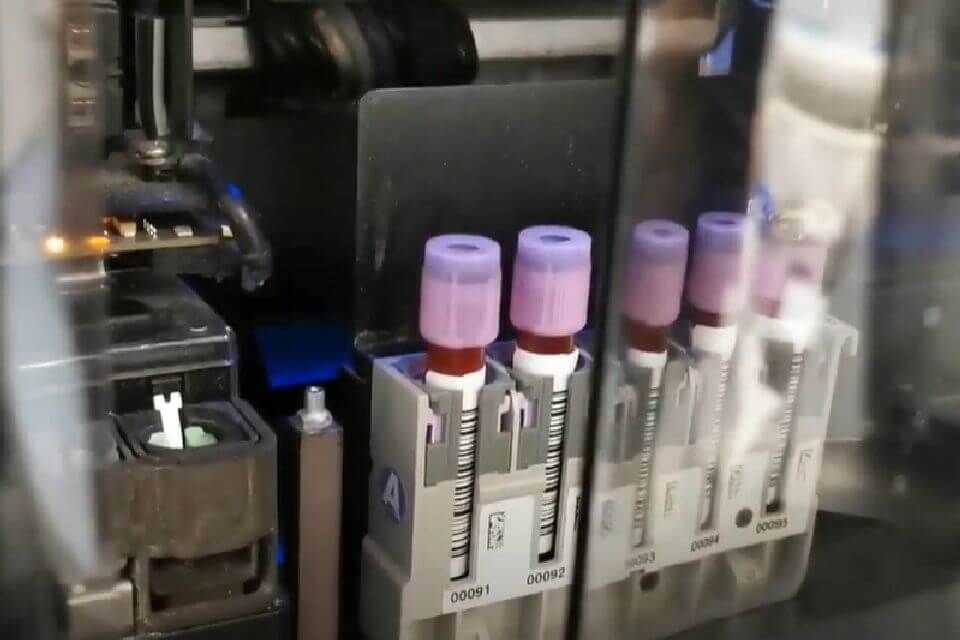 The clinic at Santara University Hospital in Santara, together with 17 partners from around the world, prepared the “EuCARE” project and received the prestigious European Union funding “Horizon 2020” in the amount of almost 10 million. euros. With this project, researchers from around the world will join forces and provide reliable scientific evidence to combat coronavirus strains and the COVID-19 pandemic, focusing on inpatients, vaccinated healthcare professionals and educational institutions.

The world is paying increasing attention to emerging strains of viruses. It is already known that mutations in the coronavirus genome can more easily infect human cells and cause the development of resistance to acquired immunity.

According to Daniel Naumov, medical biologist and head of the Santara Biobank clinic, coordinator of the future project, the researchers will try to clarify the relationship between circulating coronavirus strains and the host’s immune response.

Researchers at clinics in Santara have been studying the virus strain since December last year. According to the National Public Health Laboratory, more than 4.5 thousand samples have already been tested in the laboratory of the Santara Clinic. It monitors which strains of the virus are currently circulating in society and which ones are of concern.

“The work of researchers at Santara clinics in this field is very impressive, so we hope that by participating in a three-year international project with other top scientists in the world to analyze viral strains, we will make recommendations for optimized clinical management and treatment and control of infection. In the event of a new pandemic, methodologies, protocols, technologies and know-how to recommend vaccine manufacturers to make vaccines effective against emerging strains would be developed. diseases, ”says D. Naumov.

According to the medical biologist, the more the virus develops, the more likely it is to become less and less similar to the Wuhan virus, and our immunity to the disease will no longer be able to fight the new strain as effectively. There are many strains of the virus, but it is already known that there are four strains that are most concerned: alpha, beta, gamma, and delta.

We heard about the alpha variety in mid-January this year, and after a few months it was found almost everywhere – the spread of this variety was so fast.

“The Delta strain, also known as the Indian strain, is spreading even faster than alpha, surpassing other strains in the UK in a short time and gradually beginning to dominate Europe. The rate of spread is not the worst feature of the virus, worse if the strain get sick and need to be treated in hospitals, Naumov points out. “Then there is a shortage of places in hospitals to treat patients with other diseases, so the pandemic is turning against everyone, even those without COVID-19.”

Beta and gamma, also known as South African and Brazilian strains, have greater resistance, which means that acquired immunity after vaccination is less effective in fighting these strains and vaccinated people can get sick. But there is also good news. Known and confirmed: vaccines become much lighter or asymptomatic compared to unvaccinated ones.

“The coronavirus is often compared to the flu virus. Although the two viruses are RNA, there are many differences,” explains Naumov. a lesion repair mechanism that it repairs when a mutation occurs in the viral genome that causes the coronavirus to develop, but not as quickly, but if left unprotected, it will develop more rapidly with rapid replication and is more likely to mutations and favorable conditions have spread around the world, as has happened with the delta variety, so because we do not wear masks, do not vaccinate, do not create collective immunity, approach.

The 42-year-old singer showed the effects of alcohol on her face: she drank every day for three years

Liutauras Varanavičius. Electricity prices in Lithuania are attracted by the dynamics of European markets

Professor Žvirblienė urges you not to doubt the vaccine against COVID-19: the vaccine is useful even if you get sick from it

For the weekend, meteorologists promise a real summer: it will warm up to +27