Executors of the Lukashenko regime want to be tried in Lithuania – Respublika.lt 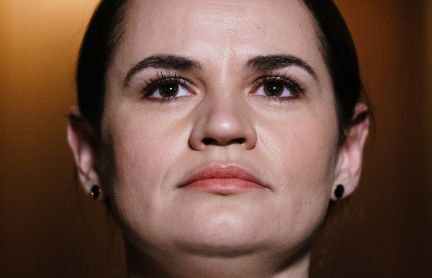 The perpetrators of the Lukashenko regime want to be tried in Lithuania. Photo Elta

According to Alexander Dobrovolsky, chief of staff S. Cichanouskaya, a coordination center is to be set up in Vilnius to help lawyers who want to prosecute perpetrators of repression in Belarus.

“We are convinced that our court, which seeks to prohibit such repression, can do so. We are writing a single book of crimes where it will be possible to report crimes, verify them and, as far as proven, prepare material for criminal proceedings in different countries,” he said. told Friday for a press conference for BNS Dobrovolski.

According to him, the goal is to ensure that those who torture people in Belarus are included in the international lists of Interpol and punished.

“The end result is the conviction of these people in Belarus. The interim result is that an international investigation into those who will be recognized as perpetrators of crimes will be published,” A. Dobrovolskis explained.

In his preparations, lawyer Giedrius Danėlius stated that Lithuania has the potential to handle cases in which defendants live outside Lithuania.

According to the lawyer, there is clear evidence of the crimes committed in this case. Such a case is said to be a model for other criminal matters.

“We not only wrote the statement, but we also presented the conclusions of the expert examination, where violations and beatings were found. What we saw could be identified – the suspect who could have done so was wearing a mask, but in our opinion it is for a certain person – Nikolai Nikolayevich Karpenkov. As a lawyer, I can say that it is not only an international, political opportunity, but also a legal opportunity to start prosecuting these people in Lithuania, “Mr Danėlius said.

It was reported that similar cases of repression and torture of Belarusian representatives would be launched in other countries, such as Poland, Germany, Belgium and the Netherlands. It should be noted that the number of applications may increase.

I don’t see anything new in the world. Everything that was with the Soviets is repeated. When police officers, especially the “obxeses-ininki” (Department of Economic Crime), overgrown the local Communist Party government while working for the Soviet people, Moscow decided to relocate officials every five years so that law enforcement not only will they take bribes, Brussels bureaucrats, including many seniors from the Soviet bloc, from Merkel to Paleckis, seem to have found something similar in the past. “On this occasion, I suggest that Belarusian prosecutors transfer not only the political cases from Lithuania where the government shot at the protesters, but also the criminal cases concerning Mazeikiu Nafta.” Independence “,” Snoras “… Maybe at least then the bastards will sit behind bars?

Russia is coming to an end: in the new year the country is drowning in crimes and disasters! – Respublika.lt

A friend of Prince Harry has revealed how he feels in the US: heartache harms relationships with loved ones

No additional deadlines are required after leave: packages and e. trading companies lay off workers

This form of carbon could become even more valuable than diamond: it can turn seawater into fresh and create a new generation of engines – LRT

Changes in the smart devices market in 2021