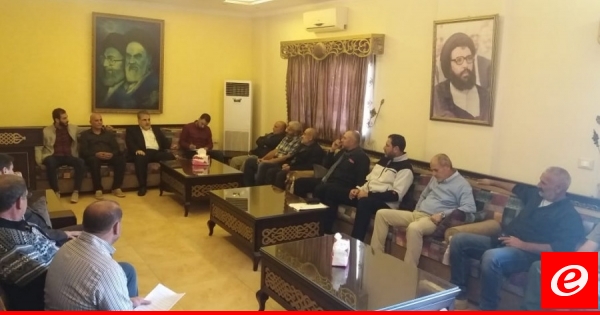 A member of the Loyalty Resistance Association, Nawaf al-Moussawi, in his Tire City office, a delegation of people in the southern city of Samama, who called for the establishment of a municipality in Samah, independently of Deir Qun Ras al-Ain , which emphasizes "Because of its importance and great potentials."

On the other hand, MP Moussawi expressed his "absolute support and legitimate and legitimate demand, especially since experience has taught us that local development is achieving through local authority".

Al-Moussawi also received delegations from various villages in the Tire district, where he discussed a number of developmental, environmental, life and other topics. He also contributed to writer Brendi Heard, who presented MP Moussawi with her new book: "Outsider's Inside View".