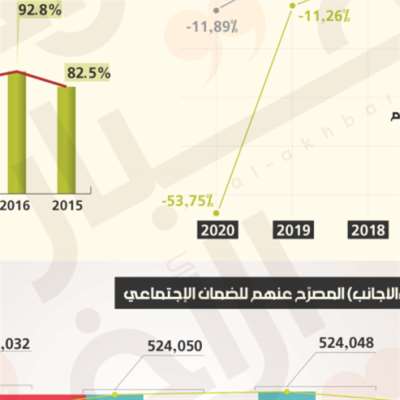 Statistics from the National Social Security Fund showed that by the end of 2020, the number of employees registered with the fund had decreased by more than 39,000 people or 7%, of which 70% were men and 30% women. These represent the net trends in employment and leave, which showed their exit from the labor market in the last year. In recent decades, this net movement has created a surplus in favor of employment at the expense of leaving work, but its path slowed in 2019, then turned negative in 2020, and the Turk movement became more than a job movement. In other words, the number of earnings who have lost their jobs is much higher. The employment trend accounted for 121% of the Turkish movement in 2017, but began to decline to 111% in 2018, then 99% in 2019 and 58% in the first half of 2020 and up to 52% at the end of 2020. In short, the Turkish movement became Labor is equivalent to dual use of traffic. According to Social Security Fund statistics, the number of people who quit their jobs reached about 74,000 paid employees in 2020, including more than 55,000 employees who did not re-register, meaning they lost their jobs permanently. 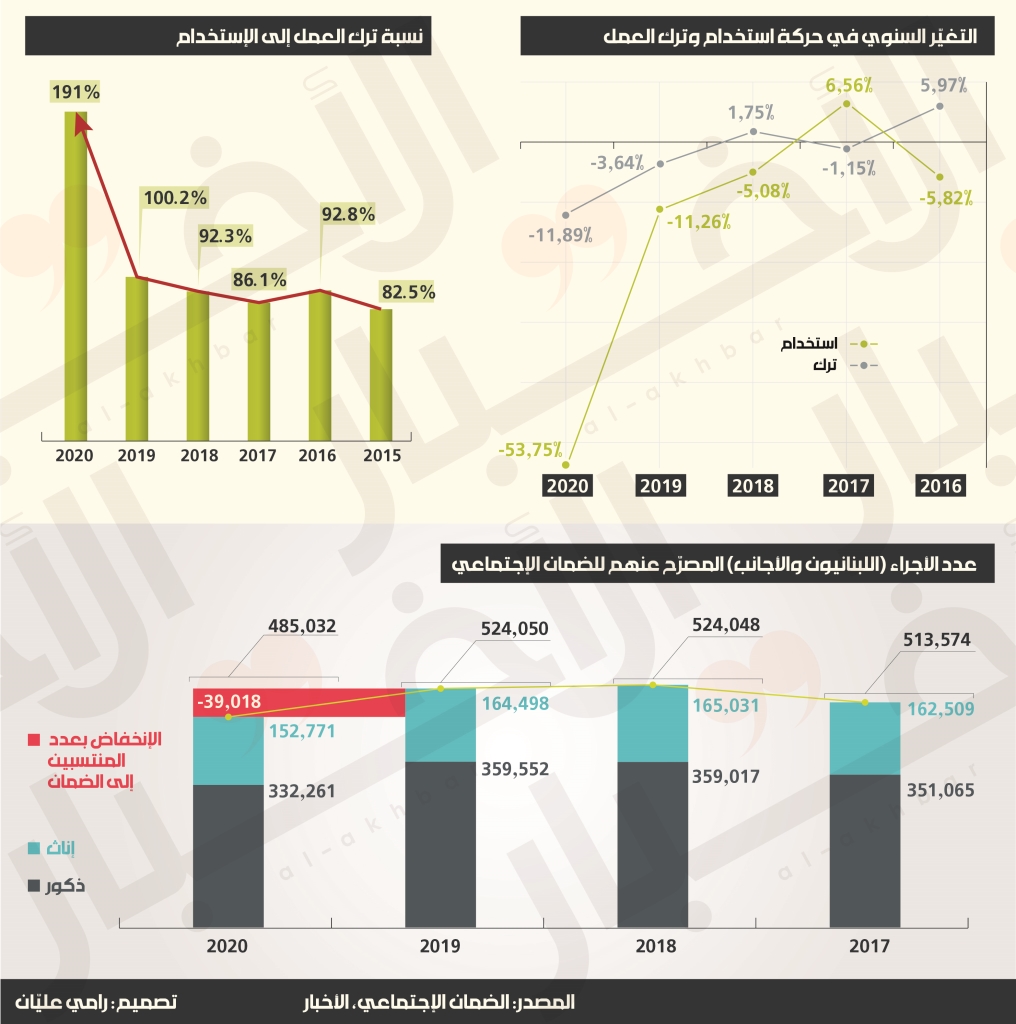 This deterioration was reflected in the movement of affiliation to the branches “Guarantee for pensioners” and “Optional guarantee”. In contrast to the decline in the number of employees, the number of registered in the retirement branch increased by 56%, and the number of registered in the optional insurance industry by 38%. In total, about 9,000 people were added to these two branches. It is remarkable that the number of branches of these two branches has been steadily growing and growing since 2017. The number of branches of the retired branch increased from 2,980 in 2018 to 3,376 in 2019 and then 4,386 in 2020. Similarly, the number of voluntary insurance companies in 2018 increased by about 1,058. In the following year, 2,493 were recorded, in 2020 and about 4679. A large percentage of those associated with these two outlets are elderly or health conditions or large families who will support them, leading to this steady increase, which is expected to accelerate in months and then a greater burden on the National Social Fund. security. These burdens will be burdened by the imposition of health and maternity insurance, which is already saturated with debts arising from the branch and accumulated outstanding bills. Surprisingly, the number of those linked to pension funds and voluntary guarantees represents a 23% drop in wage increases.
These segments, which have joined the branches for pension and non-compulsory insurance, regardless of whether they retired after reaching the age of 64 or joined the insurance before reaching that age, have a common health insurance concern for themselves and for their families. They represent one of the most vulnerable groups in society, but they are not the most vulnerable or the poorest. Their ability to join the fund is greater than that of those working in the informal sector and not registered for social security. We do not yet know anything about them, nor about the extent of the deterioration of their living conditions. Probably a large percentage of them lost their jobs and left without any health insurance other than that provided for clientelism by the Ministry of Health.
The decrease in the number of insured persons partly reflects the collapse of jobs and work. Last year, Lebanon witnessed an economic – monetary – and financial collapse, while the Corona pandemic pushed the country to repeated closures and there was an explosion of the port of Beirut … All these negative factors have not yet revealed their final consequences, either in closure of institutions or payment of workers. There are many institutions that did not cut themselves off at the beginning of the collapse to make full use of their work, but instead offered them shorter working hours or a pay cut in the hope that the situation would improve in the months to come. However, over time, with repeated closures and a rise in the exchange rate to around £ 9,000 per dollar, institutions are likely to make key decisions to continue with a limited number of salaries or close. This will be directly reflected in higher wage spending, a reduction in the number of institutions and a consequent reduction in the size of the economy and the negative effects this will have on sectors. The matter will become clear in the formal sectors, and in the sectors that accept unauthorized seasonal workers, or in the sectors that work in the informal sector, it will be silent.
In the coming period, it will be clear that the collapse of the working structure in Lebanon will have a direct impact on unemployment and immigration. Unemployment will reach record levels (even if Lebanon does not have accurate and regular unemployment statistics), especially in the informal economy, and immigration will be the path of a skilled and educated workforce that has lost hope and confidence.