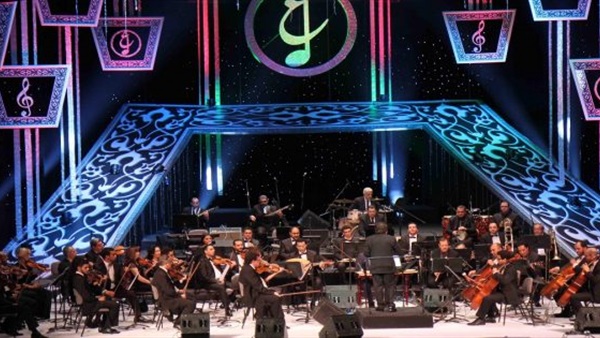 27. The Arab Music Festival will take place in Cairo, Tanti, Damanhour and Alexandria.
On the big theater, for the first time, Lebanese star Wael Jassar will perform at the festival. He will present a series of his most famous songs, accompanied by Maestro Adel Ayesh, followed by a break for singers Rehab Mutawa and Ahmad Effat.
On the stage of the Arab Music Institute, the violinist dr. Hassana Sharara, accompanied by Ansambel Sassi Sharara.
The events will continue on the stage of the republic, where evening will begin at 18.00 hours of concert of opera children of Arabic music, led by Maestro Ahmed Amer.
The star, Iman Al-Bahr Darwish, will perform an evening with her audience in Alexandria at a Syed Darwish Theater in Alexandria, which will be an introduction to opera singers Amira Said, Mei Hassan, Ahmed Said and Ghada Adam, accompanied by the Arab national a group led by Maestro Hazem Al-Qasabiyah.
On the stage of Opera Damanhour, star Mohamed El Helou presents a concert with the Alexandria Opera and Music Opera, led by Maestro Abdelhamid Abdel Ghaffar, before going to the stars of the singer band Ayman Mostafa, Ndi Ghaliba, Mai Jbaili and Amir Rifai.
As for the band Swarieh, on the stage of the Cultural Center in Tanty, which first received the activities of the Arab Music Festival, it is a concert led by Maestro Mazen Daraz. Concerts took place this year in three provinces, besides the Opera Daman and the Cultural Center in Tanty. Looking at the audience of the western province on the colors of various arts.
The festival will witness the transfer of the festival to the city of Desouq in Kafr El-Sheikh and Assiut.