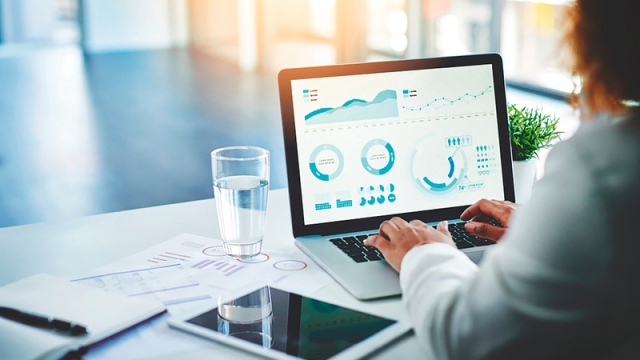 The Etisalat Group reported that mobile phone use in the UAE declined during the Corona pandemic in exchange for a 40% increase in the volume of data circulating over the domestic Internet, indicating that work and distance learning supported the demand for data and digital services.

Group CEO Hatem Dewidar said during a television interview that Etisalat is currently embracing investment in digital businesses as a new post-pandemic policy to expand its services to businesses and individuals.

Dewedar confirmed that the foreign ownership of Etisalat’s shares was increasing, stressing that, for the first time, Etisalat’s international investments had directly contributed to increasing the group’s profitability and revenues.

In detail, the CEO of Etisalat Group, engineer Hatem Dewidar, said that in the past period since the start of the Corona pandemic, there has been a decline in mobile phone use in the UAE with a 40% increase in data using the home internet. and studies about the A dimension, which has greatly increased the demand for digital data and services.

He added that Etisalat has expanded in the provision of digital transformation, cloud computing and cybersecurity services, which have recently witnessed growth, with the increasing propensity of business sectors to protect networks, and the demand for cybersecurity services has increased. years greatly increased the “Corona”.

He mentioned that Etisalat shares are currently included in many major global indicators, which shows that raising the percentage of foreign ownership in listed companies is an important step in attracting and increasing the share of foreign direct investment.

Dewidar said in an Arab interview with CNBC that vaccination campaigns are expected to have a positive impact on the company’s financial performance this year, especially in the UAE, which is one of the most successful and reputable countries in vaccination. campaigns around the world and in the countries where Etisalat operates are achieving a breakthrough in pandemic control, which will be reflected in the economic situation as a whole.

In addition to the fact that Etisalat has recently provided exceptional cash dividends to shareholders, Dewidar explained that these divisions were intended for the company’s share purchase program only once, and exceptionally may occur in the event of additional liquidity and the Management Board believes that it is distributed to shareholders.

Dewidar stated that Etisalat had reduced operating and administrative costs during teleworking in the past, which had contributed to higher profitability, and stressed that Etisalat Group’s performance during the pandemic was separate and in contrast to many companies. in a world where the group was able to achieve record growth of 3.8%.

Dewidar emphasized that there are major axes that have a positive impact on Etisalat’s success in the Corona crisis, namely the activation of the business continuity and crisis management plan in Etisalat with the presence of strong infrastructure in the UAE, as well as the presence of network capacity. larger than the network we need, and so Etisalat easily met the increased demand for its services during the crisis.

Dewidar said Etisalat’s international investment had directly contributed to increasing the group’s profitability and revenue after it had previously made losses, and stressed that Etisalat had stepped out of highly competitive international markets due to its inefficiency in making a profit in the middle and long term.

He revealed that investment is currently expanding on the African continent through Maroc Telecom, while a telecommunications company was bought in Chad, and stressed that Etisalat has reduced international investment in some regions in a way that allows it to maximize profits for investors.

Etisalat CEO Hatem Dewidar said that investing in Egypt was one of Etisalat Group’s most successful foreign investments, as Etisalat Misr became the second largest operator in the Egyptian market after rapid and strong growth, and the company continued to achieve good financial results despite unprecedented conditions imposed by the Corona pandemic.

He added that the company’s consolidated revenue reached £ 18 billion and a profit of £ 7.4 billion before interest, taxes and consumption.

• Etisalat is currently accepting investments in digital companies as a new policy after the “pandemic”.