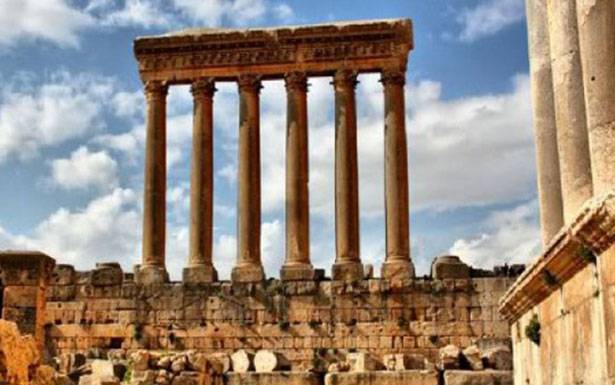 The project of setting up a treatment plant in Tamanin al-Tahti began yesterday afternoon at a meeting called Baalbek-Hermel and the Western Baalbek Union of Municipalities in Husayniyeh, Tamneen al-Tahta.

The meetings were attended by representatives of the Council for Development and Reconstruction, Dar al-Hundas, LEMACO, SUBAL GROUP, GREEN LINE and groups of regional leaders, their cooking and political, social and scientific activities.

The President of the Association of the Municipalities of West Baalbe, dr. Ibrahim Nassar said: "Today, we are confident that dreams began to evolve and become reality, as the end of lines in all the villages of the project area began to be implemented.

I thanked Members and Ministers who contributed to the further implementation of this project and thanked the companies and those who contributed to this. He also spoke about the proposal submitted by the West Baalbeck Municipalities to the Council for Development and Reconstruction to acquire the map, which explains the specifications of the scientific, health and environmental stations.

MP Jamil al-Sayyed also spoke of "the opposition of some citizens as a result of the lack of confidence in projects carried out by the state and fear that solutions would become a problem." He explained "the accumulation of health caused by Litanies to citizens, in particular to new generations, which were addressed by all Lebanese people", and called on citizens and municipalities to "exercise the role of control over the validity of the project implementation".

"People in the region earn much more than we," said Agriculture Minister Ghazi Zeitar.

He emphasized that "the views raised by President Nabih Berri and Sayyed Hassan Nasrallah regarding the giving of Beka are of paramount importance, especially from the point of view of the development process therein", and considered that "this process must be attended by all Members, including Bakr al-Hujairi and Antoine Habashi ".

Then, the Minister of Industry in the Government of the Government of Hussein Haj Hassan said: "Today, we are confident that we begin the project of the main station in the treatment of sewage in Tamanin Tahti (1) and the costs of this project, which is part of the loan we have obtained from the Arab Fund for Social Development, Sewage lines and the establishment of a refinery ».

Hashan stressed that "the station will become operational within a few days and the delay that has occurred due to the problems with the takeover which has postponed the work for nearly a year" and announced that "the funds for the acquisition have been deposited in the CDR payback fund" and stressed "the continuation of meetings and meetings and coordination with the Council for Development and Reconstruction and implementing companies and consulting firms to be carried out in accordance with the terms of the book".

"Litany's problem is a national problem that needs to be addressed in a drastic way, and work is carried out in the treatment of Yamouch water by completing all sewerage channels and developing an existing sewerage station."

"Lebanon has no government for six months, because there are those who do not want to acknowledge the results of parliamentary elections, independent Sunni MPs have their political status and presence for decades, belong to half a century of old families and political houses," he said. When there are six deputies, but when they try to overcome the results of parliamentary elections and thoughts that postpone the formation of a government.