Residents of Liepāja surprise and cause another loss of “VEF Rīga” 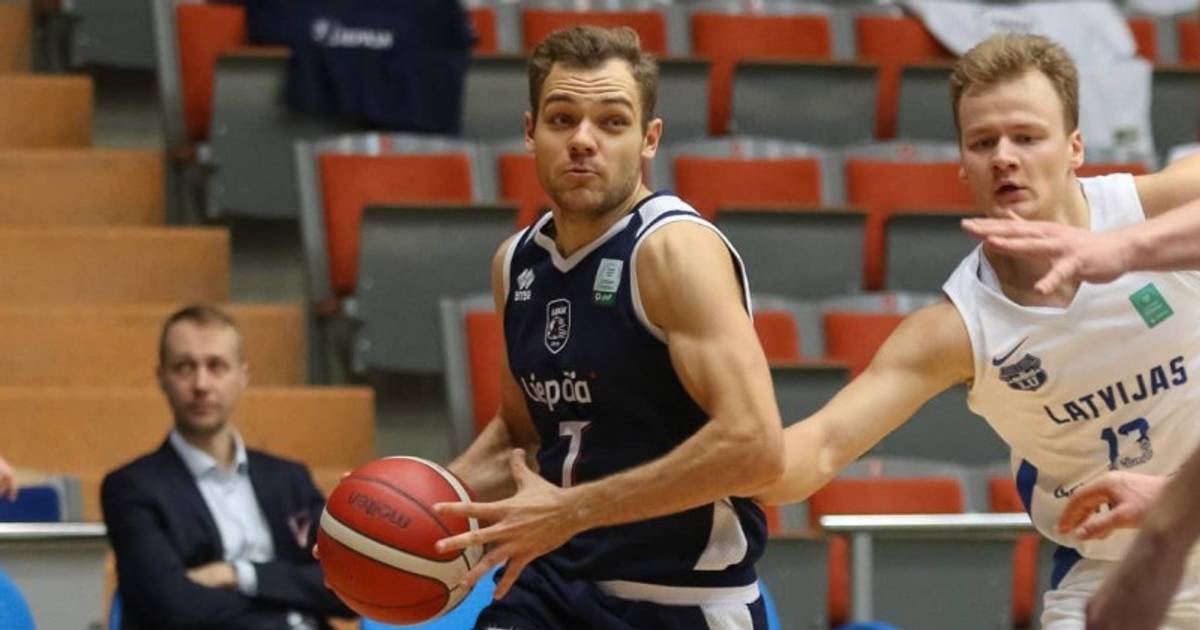 “VEF Rīga” suffered its third defeat of the season on Wednesday, when it recognized “Strasbourg” in the second extension of the FIBA ​​Champions League. In the Latvian-Estonian league, they managed to beat the University of Latvia this year, and today’s opponent Liepāja played the last match almost a month ago, when she defeated Valmiere. In the previous two meetings of both teams, the basketball players of “VEF Rīga” were better with 104: 63 and 95:81, but they could not know how the Rigans would recover after the match in the Champions League.

At the start of the game, the teams failed to sell throws. The score was opened by Artis Ate for almost two and a half minutes, and then Michael Kaizer shot from a distance. The next minute Dāvis Geks responded with two accurate shots from a distance. Ilya Gromov and Kaiser exchanged shots from above in the basket, and Ate equalized with a long shot (10:10). In the second half of the first quarter, two long-range shots were scored by Kristers Zoriks, who helped the home team strengthen their lead and be in the lead after 10 minutes of play – 22:16.

In the first minutes of the second quarter, Gromov did not take the opportunity to close the gap from the penalty spot. Both teams managed to realize their attacks by fighting for a point. VEF Rīga maintained a small advantage that fluctuated around six points (33:27). Liepāja managed to break through seven points in a short time and achieve minimal control for a while, but Ate (36:34) took her away again with an accurate shot. Three minutes before the end of the quarter, Aleksandrs Madsen entered the “VEF Rīga” breakthrough. The inhabitants of Liepāja made several mistakes when they drove at 36:43. In the last minute, the guests played three points, the teams went to the big break with the result 43:39.

The VEF Rīga basketball players started the third quarter better and increased their lead to nine points. Gromov managed to stop the penetration, but Roberts Krastiņš destroyed the deficit of the guests by up to six points with an accurate long shot. In the second half of the quarter, Liepāja made a more serious breakthrough as they equalized three minutes before the end of the quarter (52:52). Renārs Birkāns also brought the guests to the lead, but Mārcis Vītols immediately restored the minimal lead of the “VEF Rīga” unit with a long shot. The fate of the match had to be decided in the fourth quarter, as after 30 minutes the Rigans took the lead with 59:57.

Werner Kohs started the decisive cut of the game with an accurate long-range shot, but “Liepāja” responded with 11 break points and took the lead (68:62). The inhabitants of Riga failed to realize shots from a great distance, but in the attack of Liepaja everything went out of hand. Less than four minutes before the end of regular time, Guntis Sīpoliņš Liepāji brought a nine-point lead with a long shot (73:64). After a minute’s break, the “VEF Rīga” basketball players started to play, and Birkāns threw Rigane back with a precise shot. The “VEF Rīga” basketball players failed to carry out the attacks, but their opponents did not punish them either. A minute before the end of regular time, Madsen hit two free throws and destroyed the “VEF Rīga” deficit to five points. At the end of the second half, Dāvis Geks challenged a penalty but scored only one of the penalties. In the last minute, the teams exchanged the opportunity to enter the penalty line, which allowed Liepaje to maintain the greatest success this season – 83:77.