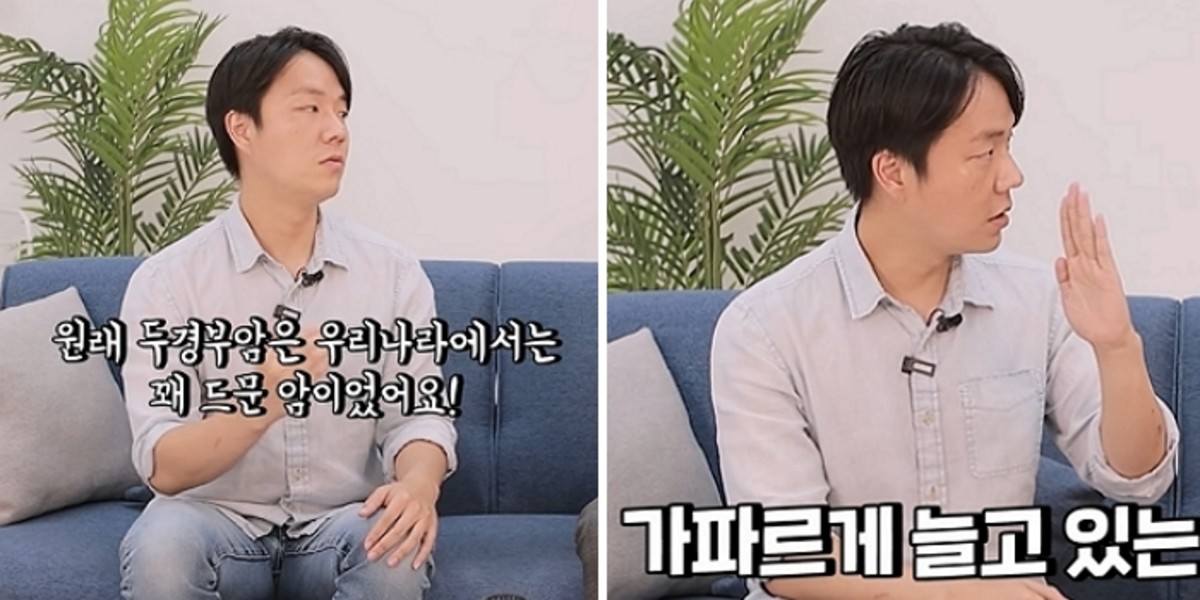 Current doctors have revealed the cause of the recent increase in the number of head and neck cancer patients in Korea.

12. A video titled “The Worst Cancer That Doctors Consider to Be Head and Neck Cancer, How to Avoid It?” Was uploaded to the YouTube channel “Doctor Friends”.

Otolaryngologist Nak-Jun Lee and internal medicine specialist Chang-Yoon Woo appeared in the video to explain why the number of patients with head and neck cancer in Korea has increased recently.

Head and neck cancer is a generic term for cancer that occurs on the face and neck. These include cancers of the mouth, throat and esophagus. This is a commonly used part, and the function recovery process and operation is not easy.

Head and neck cancer has not been a very common cancer in Korea, but it has been on the rise in recent years.

Among them, oral cancer caused by the human papilloma virus (HPV) is on the rise. Doctors called for caution and said, “Initially, HPV does not spread by mouth because it is a sexually transmitted disease, but oral sex has increased with Western domestic sex life, so HPV-induced oral cancer is on the rise. “

In addition, smoking and drinking, reflux esophagitis, ultraviolet rays, and nutritional deficiencies have been introduced as life habits that can cause head and neck cancer.