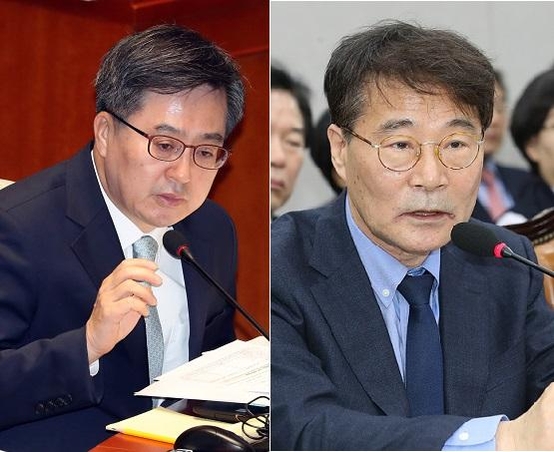 Kim said: "Now is the time to be aware of how we will take the momentum of this economy." He said: "We can not help but be nervous about the president, the prime minister and the economy."

Jang Hae Sung, chairman of the board of directors of the National Assembly, attended the revision of the Steering Committee of the National Assembly and commented on the difference from Kim. "I agree with the statement that the economy is slowing down or stagnating, but it's too much to say I'm in a crisis," said Jeon. The economic crisis in the global economy was defined in 1998 from the crisis of the International Monetary Fund (IMF) and the global financial crisis.

Jeong, executive director of the ruling Uri party, said: "The responsibility of the Korean economy is the crisis entirely in the government of Park Geun-hye and Lee Myung-bak." Then, do not you think this is not a crisis? "He pointed out:" Do you think Kim is an economic crisis? I do not agree with Kim. "

"Looking at the economic level, we have introduced a growth-led growth policy for the middle class," Chung said. "Revenue growth is an important achievement for wage workers, 75% of all workers." He said. But Jeong said: "Unfortunately, 25% of workers, including self-employed and unemployed workers, have had problems.