JW Pharmaceutical approved for the complex drug for dyslipidemia “Rivarojet” 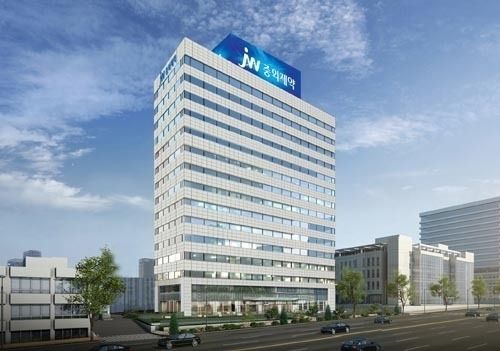 [FETV=김창수 기자] The complex new pitavastatin-based drug developed by JW Pharmaceutical received product approval for the first time in Korea. It plans to actively target the fast-growing market for statin and ezetimibe combinations.

JW Choongwae Pharmaceutical announced on the 30th that it had received product approval from the Ministry of Food Safety for two products, 2/10 mg and 4/10 mg Rivarozet Tablet.

Rivarozet is a new combination medicine that combines two ingredients, pitavastatin and ezetimibe, to treat dyslipidemia (hyperlipidemia). It is used in primary hypercholesterolemia and mixed dyslipidemia. It can be used once a day, regardless of meals.

Although rosuvastatin, atorvastatin, and simvastatin in combination with ezetimibe are commercially available on the world market, including Korea, this is the first time that a new combination drug, pitavastatin and ezetimibe, has been developed.

Compared to high-dose statin monotherapy, the combination of a statin and ezetimibe has an excellent effect on lowering low-protein (LDL-C) cholesterol, while reducing the risk of side effects such as muscle pain, decreased liver function and the risk of diabetes. .

Pitavastatin (product name: Rivaro), the main ingredient in Rivarozet, is not only specific for the prevention of cardiovascular disease, but also for the safety associated with diabetes. In 31 overseas countries, the term ‘no signs of diabetes risk’ may be inserted in the summary of product characteristics of Livaro, the only class of statins.

Since 2019, JW Pharmaceutical has conducted Phase 3 clinical trials of Rivarozet in 25 hospitals nationwide, including Gangdong Sacred Heart Hospital, in 283 patients with primary hypercholesterolemia.

Clinical results showed an effect of reducing LDL cholesterol by approximately 53% within 8 weeks after administration of Rivarazet and showed better effects compared to a single drug with other ancillary lipid indicators such as total cholesterol (TC) and HDL (ultra-low density lipoprotein). . cholesterol). There was no significant difference in the safety index for each drug.

JW Pharmaceutical plans to launch the product in November this year following the Rivarozet insurance drug registration process. In addition, it intends to strengthen its line of treatment for dyslipidemia based on Livaro (pitavastatin). Rivaro V (pitavastatin, valsartan) was introduced in 2015, and in addition to Rivaroset, which received approval for this product, a combined drug with three agents is expected to enter the phase 3 clinical trial this year.

An official from JW Pharmaceutical said: “Rivaro is recognized worldwide for its excellent lipid improvement and cardiovascular prevention effects, as well as for its safety in diabetes. Jet would be a good choice.”

Last year, the amount of prescriptions for combination drugs with lipid modifiers reached 633.5 billion won, up 21% from the year before. In particular, the combination of statins and ezetimibe recorded 470.8 billion win outpatient prescriptions last year, indicating the greatest attention in the dyslipidemia treatment market. This is a 20.9% increase over the previous year, and compared to the 80 billion wins in 2015, it has increased fivefold in five years. Meanwhile, the volume of outpatient prescriptions for Livaro will continue to increase to 73.4 billion won in 2020.

Hwang Seon-hong, the new U-23 coach, “The Taegeuk mark is always respected … The goal is to win at Hangzhou AG”

The COVID-19 mutation is underway … Will the vaccine work?