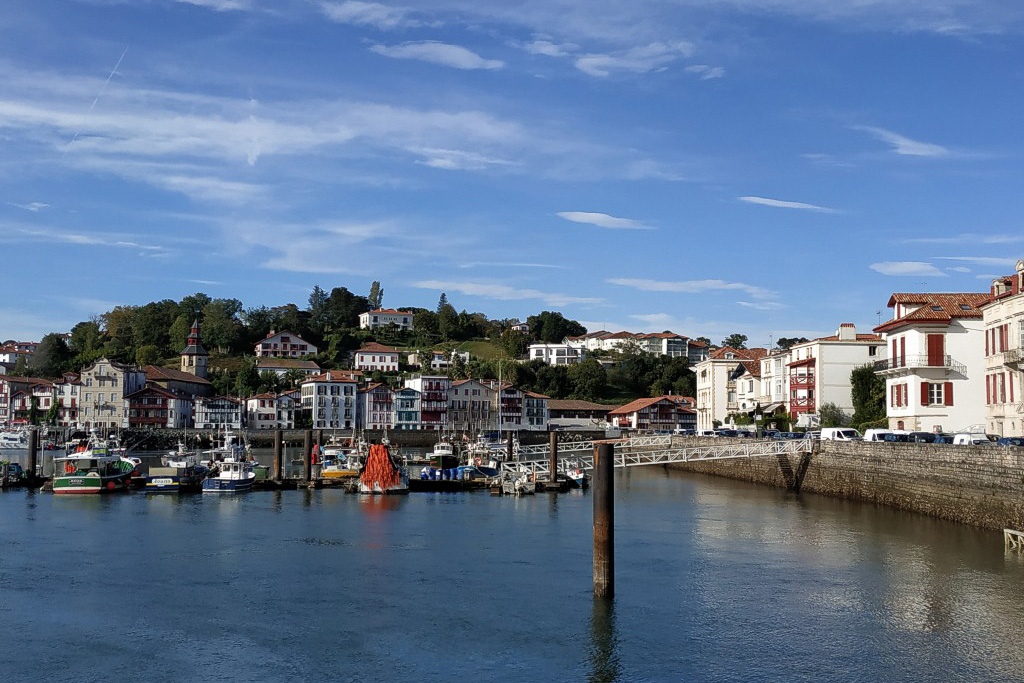 When I visited another day, I was in the middle of a wedding ceremony

There are also houses where Louis XIV remained for 40 days when the wedding was visited. Since the museum's tour takes place at a given time for each group, confirm, after checking the time on the website. Entrance fee is 6,5 EUR for adults (approximately 845 yen, 1 EUR = approximately 130 yen recalculated). Photography inside the building is impossible.

This house was built in 1643. It seems that the shipyard's owner was rich, but his descendants lived from his construction and seems to be the head of the house. Since I could not visit the residential area, I was pleased to see many different spaces, but while I was looking at the furniture and furniture that stayed there, I imagined the state of the time while listening to the explanation of the guide.

There are houses where Mary · Thereses remained in the neighborhood, but you can not enter the interior.

At this wedding, Maison Adam (Maison Adam), who was the Royal Shopping Confectioner, presented a macaroni for celebration. It is simply sweetly baked with meringue, mixed with almonds and sugar, and is intended to be the prototype of the current French macaroni.

Also with Saint-Jean-de-Luz Bayon (Bayona), which sells summer sports shoes called Espadrilles. It was established in 1890. The crochet and cotton cloth are covered with cannabis and the color is colorful, so it's fun to watch.

Well, from here on, I would like to present some of the things I like especially in Saint-Jean-de-Luz.

This is a store that was opened two years ago, based on the Japanese concept. I read it like Eze Nami. This means "house of waves". The owner is two French women, and one of the owners is a Japanese mother.

For lunch this day there are 3 menus. Vegetarian meal, meal for fish, udon. Almost all material is locally produced organically. In the evening there is an a la carte menu.

I ordered a fish meal. It's nice to cook rice and it's beautiful on the board of various herbs and it's very tasty to fit with fresh sashimi. But the first thing that I thought was "delicious" is the miso soup. There are few ingredients, but there is a deep taste.

Asked by Emi Yanase cook: "Soup is a vegetable juice produced by cooking vegetable waste, etc., Cooking thoroughly, etc. Miso is purchased from the place where the ecological soap is produced in France" It was.

It seems that the dessert is delicious, so it takes care of the pumpkin cream. Of course this was also excellent. When I eat something tasty, it feels not only the stomach, but also the feeling of full filling with my heart.

Mr Yanase is a cook in Japan and has 18 years of history. It seems that sometimes in Kyoto, sometimes also belts

When they go half the basement from the restaurant, Japanese dishes and Japanese dishes, etc. Each owner carefully selects items. Here, a variety of themes are organized regularly, not just things based on the theme of Japan, but also unique things, such as Tarot fortune telling.

I think Mr. Yanase talked about a Japanese mouse, which is Japanese, but "sir" is a tasty mouse made by a Japanese couple near the city of Tours in central France. At Exte Nami, it seems that a workshop on the production of Miso with a invited "gentleman" was invited.

One owner, Gloria · Reiko · Pedomontt. Every year it seems to be visiting Japan

We also recommend specialized coffee and tea shops established in 1920 in Saint-Jean-de-Luz. I bought original mixed herbal tea as a souvenir. It seems that grass is not produced in the Basque region but has the name Sare (Saar), a village near Saint-Jean-de-Luz. It seems to be tea with relaxing effect and digestive effect.

In connection with tea, there were pharmacies that focus on the original herbal tea. Approximately half of the interior of the shop, which was coated with herbal tea, was separate or intended.

And this pharmacy is not just about selling goods. The owner of the pharmacist will provide personal counseling. In the first 45 euros (about 5850 yen) it seems to suggest vitamins, minerals, herbs, essential oils, etc. Depending on the state of the body. It's a bit far from the city, but I think this is a fun place for those who are interested in natural remedies.