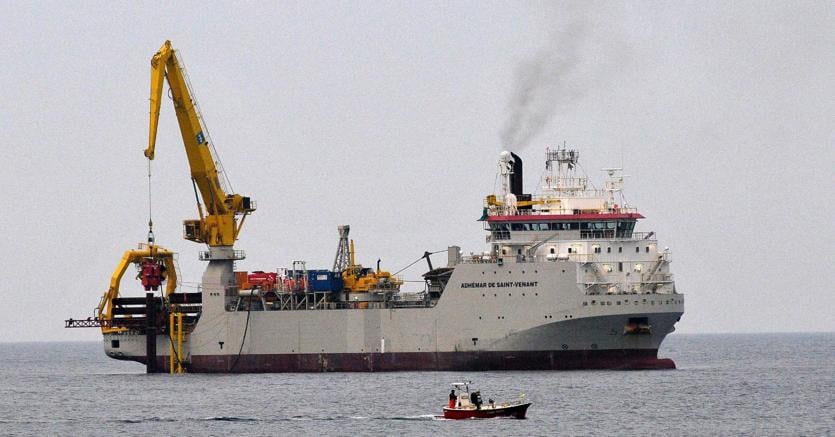 Double tile in a couple of hours for the pipeline Tap. Lazio Tar has another construction site in San Basilio
Melendugno, where the infrastructure will arrive after crossing the Adriatic Sea. The prosecutors in Lecce are turning to a new one
a reflector at the same location between seizures and three investigated for pollution. In fact, Carabinieri del Noe was carried out
Investigations in Lecce, Rome, Milan and Villafranca Padovani, relating to "legal, operational, offices and construction sites"
Tap.

Obtained and seized "a large number of documentation and, in particular, all test reports, analyzes and other documents,
from November 2017 to today, related to the sampling carried out on groundwater, which is the basis of San Basilio Shipyard. "
Here, investigations carried out with Arpa Puglia, say Carabinieri del Noe, found that the concentration exceeded
the threshold of contamination of some parameters, including hexavalent chromium. All the actions, the carbines are still talking
part of Noah, now the judges of Lecce are investigating, who will have to "pass through the sieve".

Touch, the Ministry of Di Maio denies Di Maio: without penalty. Number: there are up to 35 billion

Just a few hours earlier, the administrative judges postponed the decision on Tap's application for cancellation,
after the break, the order with which Julia Mayor of Melendugno, Marco Pot, blocks the elimination of water
from the boreholes in the construction site because some dangerous substances such as manganese, nickel, hexavalent chromium and arsenic,
according to the indictment, exceeded certain limits. The postponement of a possible decision at the hearing on 5 December was requested by Tar Laz
Arpa Puglia, Environmental Protection Agency, report on already performed assessments in
on the threshold of contamination. But the question is not just Tar. It also deals, as stated, with the Public Prosecutor's Office
Lecce, who is conducting a new investigation to check that water pollution exists or not. Essentially,
the development of the case at the mayor's order. To which the pipeline company responded with an explanation
that the controversial substances are already present in the water table before the start of the work.

He now asked the Carabinieri (ie the latest seizure of documents) for the prosecution to determine whether the shipyard
or less waterproof and how, and if no loss of hazardous substances is determined in the soil and soil
groundwater. Above all, it is assumed that construction cement can cause terrible pollution
a pusher shaft in which the "mol" will decrease. It is a mechanical means for building a microtunnel against
the sea (15 meters under the beach and 20 under the seabed), the essential part of the pipeline. "Brush" digs and builds in
progression. In order to check the situation, the state prosecutor ordered the harp to take samples of water and cement
which need to be analyzed.
In fact, if the government gave the green light to the pipeline, although with a lot of tensions in five stars accused
"Treasury", because in the election campaign, the work was permanently blocked, events
judicial proceedings stop their progress. It is no coincidence that the Mayor Pot is sometimes trusted, who objected to the separation of the government
to strike: "And now we have trusted in Magistrat …". Similarly, they also expressed the desire of parliamentarians to pentastellate critics
against the choice of government. However, it's not just nodes of recesses. in fact, in the coming days the knowledge by
in Lecce, Cinzia Vergine, commissioned techniques in the context of a pilot incident, the purpose of which was to establish
if the pipeline and the receiving terminal are considered as separate works or one complex (from connection to part)
a new gas pipeline for the transport of gas at the point of connection to the Sanj network in Mesagnej in the province of Brindisi). Tap
speaks of various parts and therefore does not initiate the submission of the Seveso law on prevention
large industrial risks. The complainants claim otherwise. Surely those of the gip are one of the most sensitive joints
which affects the future of work.
Twenty days ago, the government gave it a good job. Sergio Costa, Minister of the Environment, who has learned
new analysis', there were no illegal profiles in the challenged points that appeared only as Commission Via 'Via'
object titrated to excuse – it is considered that the rules are met. "And so Costa and Premier Giuseppe Conte, considering
that "the work has already been approved by the previous government and that there have been no complaints of authorization in the past
found out the outcome of citizens' inquiries ", they showed that it would stop Italy's exposure to compensation
One billion dollars in damages for the individuals involved. Melendugno, meanwhile, is waiting for the dissolution of judicial nodes,
previous work continues. In the reception area of ​​the receiving terminal, install the security protection and realize it
construction site roads. However, at the sea the ship has a bare pile, a barrier that must protect the marine habitat
from a microtunnel work. What is happening in Puglia affects the operational start of the gas pipeline abroad
ready for more than 80 percent? Despite difficulties, Marco Alver, CEO of Snam, a 20 percent shareholder of Tap
a few days ago: Azerbaijani gas from 2020.