Home / italy / Mustier at 80,000 UniCredit Bank: The plan will be responsible

Mustier at 80,000 UniCredit Bank: The plan will be responsible 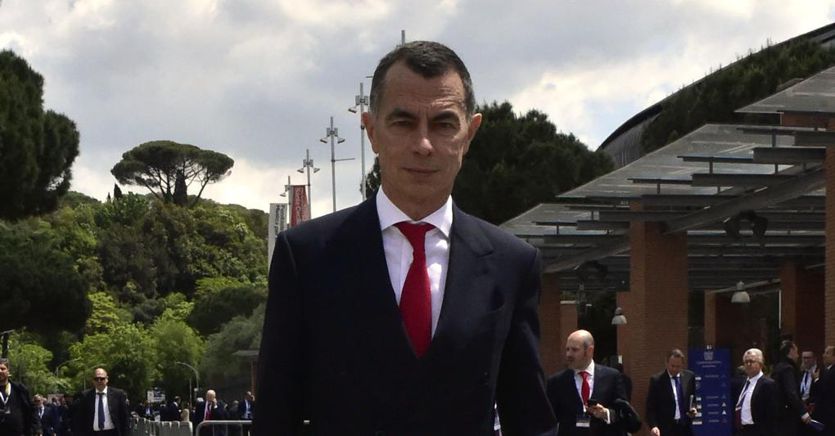 UniCredit Director Jean Pierre Mustier yesterday took a pen and paper to directly turn to more than 80,000 bankers in Europe and convince them that everything they face is under the responsibility of the company. Mustier does not comment on what the media wrote about the possibility that the bank will present a plan with 10 thousand redundancies in December – which was not denied: – "As you know, we never comment on rumors or speculation," he writes. But he believes that he should give everyone "some basic information so as not to go on vacation with these elements in mind."

By November, a new four-year group plan will be completed, which will be presented to workers and investors on December 3rd. According to the Transform 2019 plan, with the next one, we will be even more involved in the transformation of UniCredit. Efficiency will be based primarily on optimizing activities, simplifying our processes and offering products with automation and digitization. This will be the main leverage in the context of the weak economic growth and the negative rates that we expect in the coming years in Europe. So far, there has been nothing new compared to what the director has said in the previous weeks.

The guarantees to workers sound like confirmation that you are working on important figures. "At UniCredit, each development of the Group and all of our banks will be managed by early retirement and, as always, in a socially responsible manner and in accordance with the representatives of the group's employees. I know that you have been asked a lot in the last three years. Your inexhaustible commitment to UniCredit and the support of Transform 2019 have been invaluable in that we have become a better and stronger bank: a winning pan-European bank. We are now at the back of our plan, with our goals. Please allow me to thank you again and congratulate you on all the results so far. "

From a chronological point of view, the plan is very bad, just in the midst of the negotiations on the renewal of the national collective agreement and the decision to turn directly to workers, the unions have responded even more. Secretary General of the Fabio Autonomous Region, Lando Maria Sileoni, writes to Mustier to warn a few figures and ask for a lot of detail. "Dear Jean Pierre, in today's letter to employees we confirm, do not hesitate: reduction of staff. If there are 10,000 redundant workers under your precious leadership, the reduction will reach 24,700, which is equivalent to 29% of the current workforce. Congratulations, the real record ».

Sileoni points out that UniCredit globally had more than 140,000 employees before the arrival of Mustier. Today there are just over half of them. From planning to plan, from management to management, the group worked primarily on rationalizing labor costs. "The following numbers do not appear from Pied Piper: of costs Unicredit is today 52.8%, among the best in Europe. The labor costs of the current 86,000 employees amount to 6 billion euros, which means only 30 percent of revenues, which are expected to be just under 20 billion in 2019. , in the first quarter of 2019, 395 million net profits to 1.3 billion groups. The "EEC" area produces 391 million net profit, while Germany has only 113 million. In 2019, 4.7 billion profits are expected, 3.9 billion in 2018. Revenues are solid, but you, Pied Piper, are not interested in income, "writes Sileoni.

Here are 12 benefits that bring them right away

Tav, anger base M5: "Traitors". And there are those who refer to Di Battista

some scenes were cut out. The editor speaks