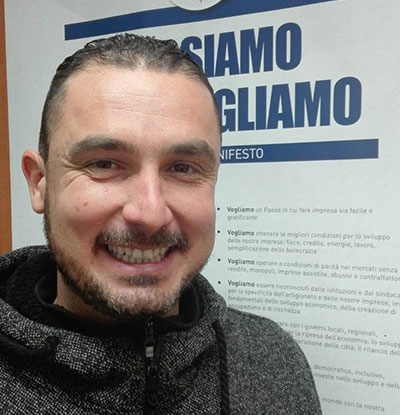 There is also a company from Salerno, SCS gas Gabriele Borgo Corbiniano, in a group of 17 small CNA companies that won the fight against Amazon for the sale of fluorinated gases.

The contradiction, which appeared to be impossible in the last few weeks when companies launched a lawsuit against Amazon, proves that the e-commerce platform allowed and facilitated the illegal sale of F-gases, fluorinated greenhouse gases, which are mainly used in air conditioning systems and heat pumps, without checking mandatory certificates for engineers.

Unfair competition that caused the crisis involved various production sectors, including plumbing and heating, refrigerators, repairers and all those who treat or market plants that contain fluorinated gases.

"We are speaking, only in the territory of the Province of Salerno, more than 800 companies, Antonio Citro, President of Frigorist Cna Salerno, pointed out, among the first to welcome the news that Amazon has decided to avoid the mediation of the Court, immediately sign an agreement with companies that resorted and spontaneously removed any sale of f-gas from its portal.

Amazon also confirmed that all vendors on the website must follow the Amazon sales guidelines and the applicable regulations in the country in which they operate, expecting the closure of advances from sellers who do not comply with the rules in question. Particularly important is the opening of a privileged channel, which will enable CNA to report inappropriate behavior, which should be avoided by automatic control of the e-commerce platform.

Satisfied with the result obtained is also an entrepreneur from Salerno, who, without departing from the war against the giant, decided to join the CNA initiative, with the only company in Campaign in his appeal.

"I did it because I thought that this was a big injustice to the detriment of artists who are professionally involved in their work – said Gabriele Borgo Corbiniano, who is among the leaders of CNA Salerno – we have gained a significant association result that shows the strength that together stand for the effective defense of the interests of small and medium-sized enterprises that can win, even if they face counterparties of great economic and financial weight. "

Among other things, he will leave CNA Salerno within a few days to see the Fgas Patentina award.