This was emphasized by the study of the Stanford University, which was discussed at the Aiom Conference in Rome. Median survival of patients treated with precision oncology was 51.7 weeks compared to 25.8 weeks of treated patients. with standard chemotherapy. The difference in costs is also clear. Every week of treatment with precise oncology was $ 2,720, compared to 3,453 with traditional care. 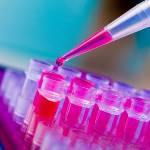 18 NOV – Precise oncology can improve the survival rate in the metastatic stage of the disease, up to a doubling. Savings are equally important, thanks to targeted therapies only in patients who can help them to avoid unnecessary toxicity and hospital admission.

This is demonstrated by a study published in the Oncotarget magazine in 2018 by researchers at Stanford University.

The approach, which is a revolutionary treatment of cancer, is at the heart of XX. National Congress of the Italian Association of Medical Oncology in Rome.

"Molecular tumor plates should be established as soon as possible, ie multidisciplinary groups that can provide integration and comparison between different professional personalities (oncologist, molecular biologist, geneticist, anatomist-pathologist, and pharmacologist) who, due to their experience, enable the correct interpretation of genetic and molecular data and the selection of an appropriate therapeutic strategy, "explains Stefania Gori, Aioma National President and Director of the Oncology Department, IRCCS Sacro Cuore Don Calabria-Negrar Hospital.

"The establishment of a molecular tumor committee," adds President Aioma, is the first step in providing multidisciplinarity and access to personal medicines to the patient. The concept of precise oncology requires specific changes in the gene sequence to be targeted for individualized treatment, based on the exact choice of the patient with regard to the molecular characteristics of the neoplasm there is a potential for greater clinical benefit and longer time compared to conventional chemotherapy treatment. This goes from a traditional approach that envisages the classification of the tumor on the basis of its origin and histological type to that based on the molecular profile. "

A study published in Oncotarget also included a separate cost-analysis related to 1,814 terminal-phase patients in order to check the trend in the last 3 months of life. In order to further confirm the savings that can be achieved with targeted therapies, 93 people treated with these weapons compared with chemotherapy are 6.9% lower expenditure. In this part, patients were selected by profiling the genes, thanks to the new technology, the next generation sequence (NGS).

"Progress in genomics has been facilitated by the recent development of new platforms that enable the succession of more genes than the previous method, with less time for analysis and increased sensitivity, with the aim of identifying mutations that correspond to the specific molecular targets targeted by drugs – he says Antonio Marchetti, professor of pathological anatomy and director of the Center for Forecasting Molecular Medicine at the University of Chieti -. The potential of these platforms in clinical practice is related to the analysis of tumor tissue cells and certain tumor components (circulating tumor cells and circulating tumor DNA) that can be isolated from peripheral blood and biological fluids. "

This is the so-called current biopsy. "Biopsy of the tissue has some limitations, because the current image is limited in time and space – emphasizes Antonio Russo, Member of the AIOM National Committee and Professor of Medical Oncology at the University of Palermo. In fact, the tumor develops and produces new mutations that make it even more aggressive. It is therefore imperative to develop new, minimally invasive techniques that will allow for better follow-up of patients. "

"In this context," continues Russo – current biopsy is a valid option. Its main field of application today is the identification of molecular biomarkers in patients with advanced tumors and the only currently available clinical application refers to the detection of mutagenicity of the sensitization and resistance of the epidermal growth factor receptor (EGFR) in non-small cell lung cancer. In the future, the possibility of using biological fluid will be extended to other neoplasms. "

In Italy, a total of 373,000 new cases of cancer are estimated in 2018. Non-small cell lung carcinoma with EGFR mutations or ALK or ROS1 translocation, breast tumors or stomach with HER amplification, BRAF skin melanoma, colorectal carcinoma without KRAS or NRAS or BRAF mutations are examples of molecular subsets of neoplasms for which special treatments that significantly alter the course of advanced or metastatic disease.

Immuno-oncology, based on the strengthening of the immune system against cancer, is also part of the concept of precise oncology, thanks to the use of biomarkers that can recognize patients who can respond more positively.

"Suitability is a central topic in oncology," he explains Roman Danci, Professor of Pharmacology at the Department of Clinical and Experimental Medicine at the University of Pisa -. The diagnostic tools that we use today in precise oncology enable us to select the patient and classify it according to the ability to respond. It is important to identify the different aspects of therapeutic drug use and, among other things, it is important to monitor the resistance, on the basis of which drugs of progressively developed generations are developed which, after the patient, find specific indications of interactions between therapies in the therapies. combination and risk of toxicity, which, despite significant improvements in recent years, still affects the patient's life. The purpose of the effort is in clinical practice, in agreement with oncologists, tests that can determine the risk of drug toxicity ".

"A new diagnostic-therapeutic approach to neoplasia, which includes clinical-pathological criteria with molecular analyzes, is also reflected in the conduct of clinical trials – concludes the president It's burning -. Molecular-based classification leads to a segmentation of neoplasms in a number of molecular subtypes in which a few subgroups of patients fall. Therefore, new concepts of clinical studies (so-called trial examinations and umbilical tests) were developed in which patients are employed on the basis of the genetic and molecular characteristics of the neoplasm, with the aim of treating only more responsive patients. , reducing the use of ineffective and in any case toxic drugs and the development time of new therapies and related costs. "


Other articles in science and drugs