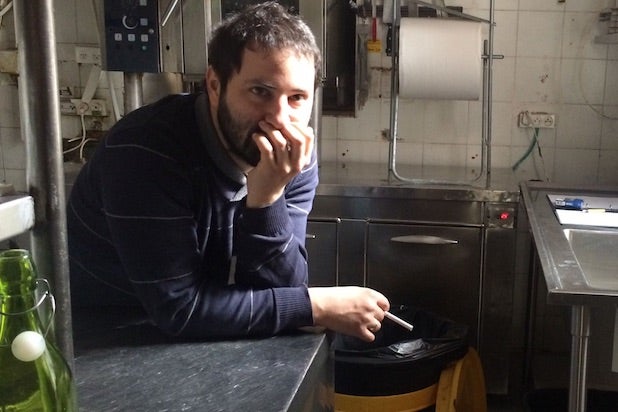 This story about The Cakemaker first appeared in the release of TheWrap's Oscar magazine.

Ofir Raul Graizer was a student of the film when he first met a story to become The Cakemaker, the winner of the Ophir Israeli Prize for an Israeli baker and a German man who comes into her world, a secret secret about his deceased husband.

The film is an Israeli entry to this year's Oscar Race for Best Foreign Language Film, and this conversation is one of the series of conversations Wrap has had with foreign directors.

This story is from personal experience, right?
OFIR RAUL GRAIZER: Yeah. This is not mine, but I've known the boy a long time ago – 10, 12 years ago – and he had a double life. He had a wife and three children and a very respected job, he was the head of the museum in Italy. We were friends and I knew he had a double life and was with men.

When I was not in touch with him for a long time, I received an email from my wife who told me that he died. I do not know exactly what happened, but I was convinced that it was from the tone of the e-mail that she found about dual living. This story struck me – this is a woman, her husband is dead, and this is a huge loss, then finds out that he lied to her and manipulated her, so what she says about her relationship?

I was thinking a lot about how I could make this story and become my first feature film. After finishing my studies, I went to Berlin for the project and I found myself there for nine years. One day I was driving on a bus and saw this guy who was riding a bicycle, and immediately the whole story came. All this. I had a Synopsis for two days.

I took the basic idea of ​​wife and lover, and about death and discovery, and I gave my life to that. Setting, Jerusalem and Berlin. I have love for food and love for baking. My father is religious and my mom is secular, so I grew up between these two worlds. I'm gay, I came out of the cabinet when I was 16 years old. So I took the story of my friend and the story of my widow, and I gave my life in my life.

What was the biggest challenge that made the movie?
This was mostly financing. From this came all the challenges. We have some money, like $ 70,000, from one movie, but we agreed that we had to get 300,000 or 400,000 dollars to get 70,000 dollars. In six years, we were not able to raise more. We had 19 rejecting letters from the film funds in Israel and in Germany and France.

And then we finally returned to the first film fund and agreed with us that they will give us these $ 70,000, and with this we will shoot the money. We are convinced that we could do this. We raised another 15,000 dollars, I put down my house and shot it in 20 days. The week after the shooting, I had the first rough cut, and on the basis of this rough cut, we managed to collect $ 90,000 for post-production.

The film lasted eight years and the script changed and changed all the time, and changed it. I cut, I tried to make it more compact and easier to shoot. But in the end, what I saw when I was watching the final cutting was that it was so similar to the first summary I wrote after I took this bus.