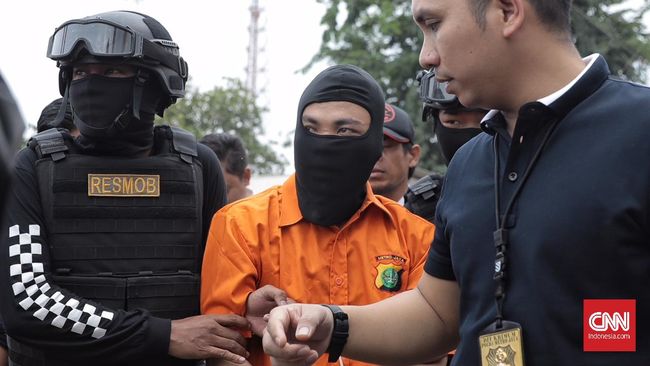 Jakarta, CNN Indonesia – Police investigators in Jakarta will check the psychiatrist Haris Simamore (23), the perpetrator the murder of one family in Bekasi to know his condition.

Until now, Metro Jaya police officers did not find any obstacles during the investigation of suspects, as the perpetrators answered questions from the investigator.

It is known that one family, consisting of husband and wife, died as a result of the murder: Nainggolan, Maya Boru Ambarita and two children, Sarah Bor Nainggolan and Arya Nainggolan, died.

The victims were lying in his home at Jalan Bojong Nangki, RT 2 RW 7 Pondok Melati, Bekasi, West Java, on Tuesday (11/13) in the morning.

On the basis of the investigation, the police arrested relatives of the victims of Haris Simamore, who was the suspect of the perpetrator of the crime when he ran away on Wednesday (11/14) at the foot of Mount Guntur Garut in western Java.

With the perpetrators, they have sacrificed family life for their revenge and pain because the victim often complained and ruined it. (gil)