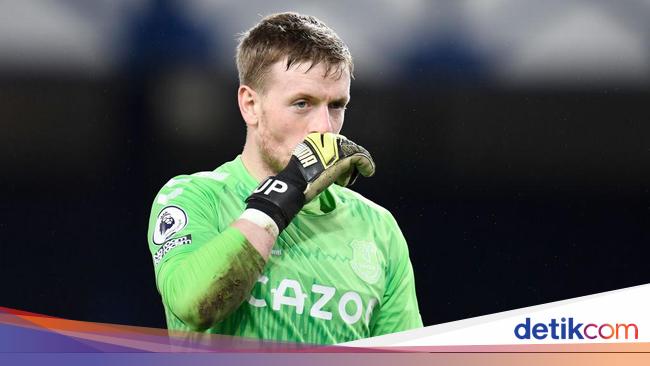 Liverpool against Everton ended 0-2 for The Toffees. Jordan Pickford, what a hero to win Everton!

The match between Liverpool and Everton in the Premier League continued at Anfield on Sunday (21.2.2021) in the morning WIB. The first half ended with a 1-0 advantage for Everton.

Everton scored quickly in the third minute. James Rodriguez calmly sent a pass to Richarlison, who ran between Liverpool’s central defenders and then threw the flawless ball into Alisson’s goal.

In the second half, Liverpool continued to surround Everton. Visitors rely only on counterattacks.

Everton were then awarded a penalty in the 83rd minute by Gylfi Sigurdsson. Everton ended the match with a 2-0 victory.

Because of these results, Everton are close to Liverpool in the Premier League standings. Liverpool remain in sixth place with 40 points from 23 games. Everton only lost by a goal difference, but have another game.

Everton goalkeeper Jordan Pickford played so brilliantly. He was able to deflect six shots on goal for Liverpool!

A shot by Trent Alexander-Arnold until shots from the Trio Firmansah, alias Firmino-Mane-Salah, could not be prevented. Pickford is so calm and reads the ball well.

The 70th minute was a decisive moment for Pickford to prevent Mohamed Salah’s chance. He stepped forward, closed Mohamed Salah’s room, and managed to break the round skin.

Everton manager Carlo Ancelotti was thus pleased with Jordan Pickford’s performance. He said the England goalkeeper was mentally strong in the matches that were titled derby .

“Pickford is doing very well. He knows he will fight hard in the match derby, “Ancelotti explained, as quoted by the BBC.

Ancelotti has admitted that Jordan Pickford has made mistakes really often in the last few Everton games and has been heavily criticized. But for him, Pickford was able to respond to the criticism.

“He accepted the criticism, he tried to come back and he succeeded,” Ancelotti concluded.