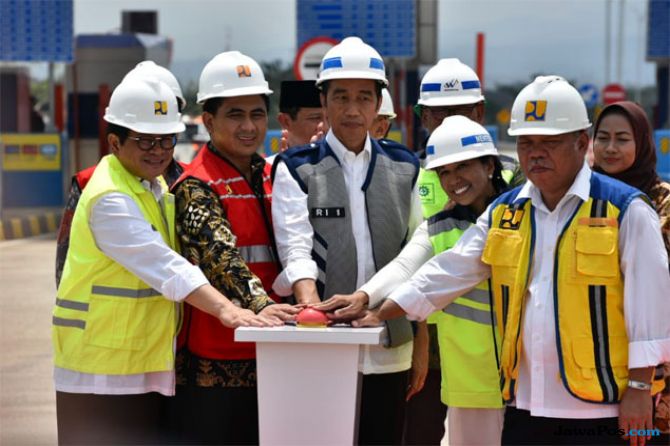 JawaPos.com – The President of the Republic of Indonesia, Joko Widodo, confirmed that Merak-Surabaya road network will be connected in December 2018. It is therefore expected that it will be used rapidly for moments of departure for Christmas and New Year.

This was revealed by Jokowi when he opened the toll section 3 and 4 from eastern Sewaka Brebes and Pemalang-Batang from Pejagan-Pemalang Road in the segment of the Sewalang-Simpang exchange on Friday (11/9). On the 870 km of Merak-Surabaya Road, many advancements are accelerating in November and December this year.

Batang-Semarang, said Jokowi, will be completed in December, such as Salatiga-Kartasura. While Sragen-Ngawi was completed at the end of November, Nganjuk-Wilangan will be closed in December.

Meanwhile, PUPR Minister Basuki Hadimuljono detailed and assured that the toll road Merak-Surabaya connects in the second week of December. In this way, it can be used for Christmas Homes for the families they celebrate.

"I tried, although it was open in December, but it's still free"The rate will be January to celebrate Christmas and New Year," he added.