Amazing stories of ten billionaires who lost everything 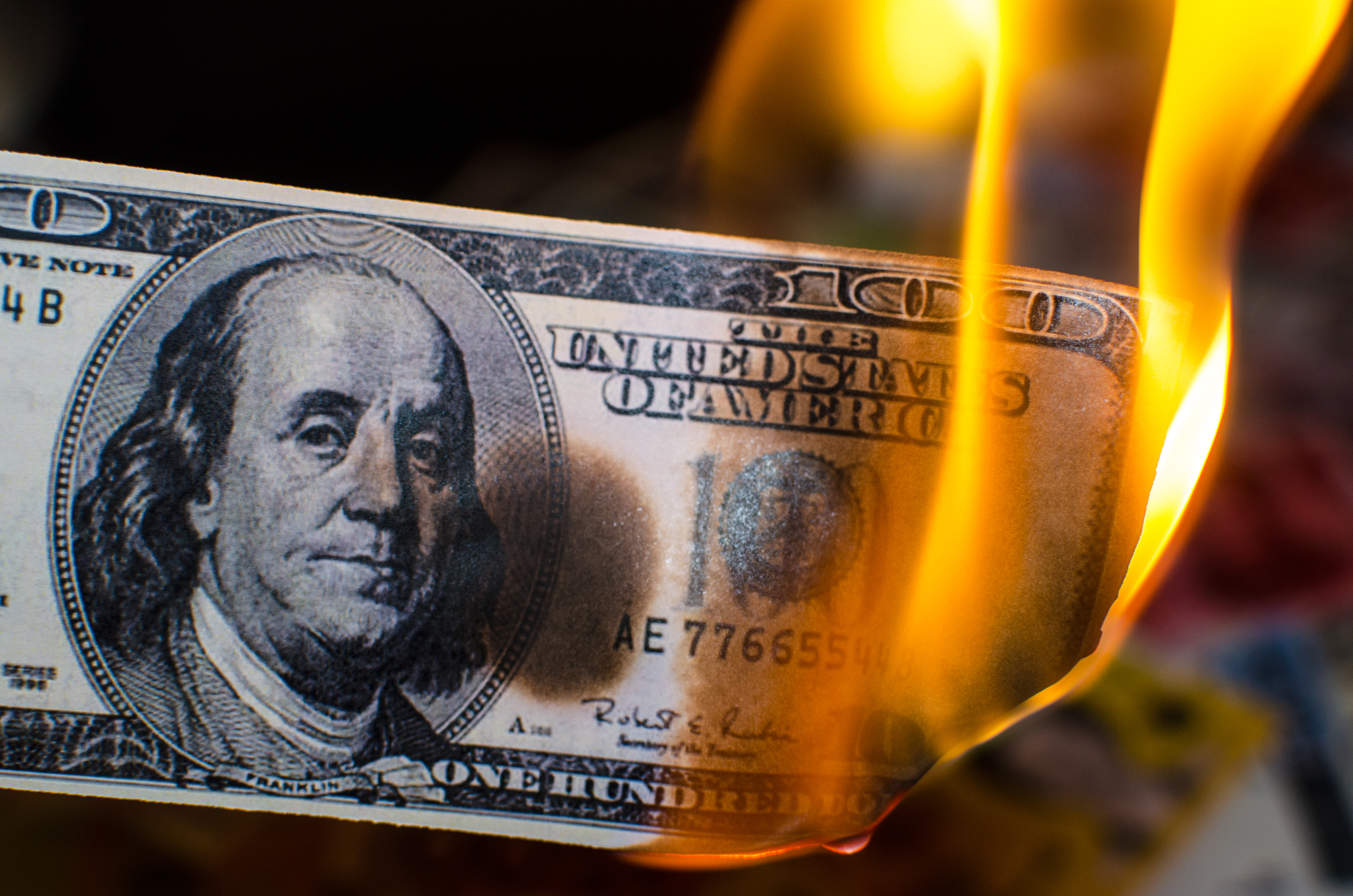 People who once lived in incredible luxury had everything everyone else dreamed of. What’s more, they crossed the seas with luxury yachts, maintained fleets of luxury cars, and had private jets. However, they have lost all their wealth due to a series of bad decisions, bad luck or just a devastating economic crisis.

With Luxurylaunches.com, we present ten billionaires whose failure has been the biggest sensation in decades. Their life stories could sometimes be a novel, other times we could write an exciting story about them, none of them in prison, and there are those whose lives ended tragically. Amazing but often instructive stories follow.

Patricia Kluge is known to have been the wife of John Kluge, once the richest man in the world. Her husband owned $ 5 billion in assets in 1990, but the two later divorced, and Patricia was awarded only $ 1 million by the court during the divorce lawsuit. He also left a luxury property in Albermarle, Virginia. But he did not give up: he founded a wine and wine company, then appeared in the real estate business and took out a $ 65 million loan to build luxury real estate. However, this move has proven to be substantially wrong in the past after his company fell into a real estate-credit crisis in 2008. He ran into so much trouble that he even had to sell his high-value real estate in the state of Virginia.

Alberto Vilar worked as an investment manager in the US and earned billions of dollars with his company Amerindo Investment Advisors. The company had business partner Gary Tanako, and thanks to the efforts of both, the company’s net worth peaked at $ 1 billion. In 2000, however, a strong sell-off hit the stock markets, which also had a negative impact on Vilard and his company. Five years later, he and Tanaka were also arrested for financial violations, and three years later, they were sentenced to 10 years in prison for money laundering and fraud.

Merckle was once one of the richest in Germany with a personal fortune of $ 12.8 billion. However, like others, the financial and economic meltdown buried its businesses in 2008, losing about $ 3.6 billion at the time. Nevertheless, he was already one of the five richest in his homeland at the time. At the end of 2008, however, his investment company VEM was in a severe liquidity crisis and lost $ 6 billion. However, Merckle decided to make progress and embarked on risky investments to offset losses, which only resulted in even greater losses. After losing almost everything, he committed suicide.

Previously, the billionaire Indian businessman has been in the UK for some time, from which India has asked for his extradition as he is accused of major fraud. He owes his fortune to a liquor sales company he took over from his father when he was 28 years old. At the time, the medium-sized company developed into a very successful company with billions of dollars in revenue, while accumulating $ 1.5 billion in assets. The trouble started when he took out a loan for Kingfisher Airlines, which is also owned by him, and they started to swell. He soon lost control of his spirits, United Spirits, and was removed from the presidency. Eventually, he decided to flee India for millions of dollars to the UK, where he sought protection. From a billionaire, he became persecuted in a very short time, accused of economic crimes in his homeland.

As we saw above, the crisis of 2008 destroyed countless previously successful businesses, businesses and businessmen. Among them is Sean Quinn, who in 2005 was still the richest Irishman with a fortune of $ 6 billion. Through its Quinn Group, it has acquired stakes in several international companies, including Bupa Ireland and Anglo Irish Bank. However, 12 years ago, the Irish banking system was hit hard by the crisis, causing Quinn to lose almost all of his family’s assets, largely due to the drastic losses of Anglo Irish Bank. In the same year, the Irish Financial Supervision Authority imposed a fine of € 3.25 million on its insurance company. Quinn finally escaped into private bankruptcy in 2011 due to a number of recovery proceedings, fines and fraud charges.

They are the 10 richest families in the world

The social perception of the rich varies considerably. However, giving a negative or positive opinion of anyone is much easier than, for example, analyzing complex financial issues or monitoring complex economic processes on a daily basis and then succeeding in using them properly.

The most famous and most infamous character in our collection is Bernard Madoff, who was a great master of the modern pyramid scheme. When he was arrested in 2008 after more than twenty years of operation, he left behind thousands of injured investors, who were then shocked to compete for the billions of dollars entrusted to him. Madoff promised them reliable and high returns, but kept the whole system due to more and more payments. Due to the financial crisis in 2008, this business also failed after customers remained in the financial markets due to large losses. He was eventually charged with $ 64.8 billion in fraud and is still serving a prison sentence today.

The American inventor and enterprising lady was the youngest woman to become a billionaire with her talents. All of this happened in 2015, when health technology company Theranos had a market capitalization of $ 9 billion and was extremely profitable. Holmes became a real star in the US in one fell swoop and was named one of Time magazine’s 100 most influential people. However, he could not enjoy his happiness and widespread public recognition for long because his company was soon overshadowed by federal investigations after he suspected investors of misleading false information about their new, innovative blood test. This also caused considerable material and moral losses for Theranos and Holmes. Fortune magazine soon estimated that his personal wealth had fallen to nothing and placed him among the most disappointed leaders in the world. And the last nail in his business coffin was that the U.S. Medicare and Medicaid Services Center banned him from holding any management position in his company for two years.

The former billionaire financial investor is currently serving a 110-year prison sentence handed down to him in 2009 for serious financial fraud. He was chairman of the now failing Stanford financial group, whose subsidiary Stanford International Bank managed $ 8.5 billion for at least 30,000 clients in 136 countries. The U.S. Securities and Exchange Commission (SEC) launched an investigation into Stanford and his company in 2009 and then charged her $ 8 billion in pyramid schemes. He was soon arrested and persecuted.

The list of world billionaires includes 234 women with a combined wealth of more than $ 927.4 billion, up 29.4 billion from a year earlier. We present to you the 10 richest women in the world. Many of them have weathered the economic difficulties quite well recently, with more than half of their assets declining compared to the previous year.

The financial crisis in 2008 affected Iceland more than any other country. The loans of the three largest banks in this small island country collapsed at the end of the year, triggering a major economic crisis and a political turnaround in the country. Gudmundsson, who was the second richest person in his homeland before the crisis, owned 45 percent of Landsbank, one of the three largest financial institutions, in 2002. In Forbes magazine’s March 2008 rankings, she was the richest in the world with a fortune of $ 1.1 billion. However, after the outbreak of the financial crisis in Iceland in 2008, he had to step down as president of Landsbank and file for private bankruptcy a year later. In less than a year, he has achieved assets of more than a billion dollars. Interestingly, his son Thor Gudmundsson, who also lost everything during this period, regained billions in wealth by 2015. In addition, he is the only billionaire in Iceland today.

The Brazilian businessman was also forced to say goodbye to the billions of dollars of wealth he had accumulated in the mining and oil industries over two decades. In 2011, he had more than thirty billion dollars, making him the eighth and richest man in the world at the time of the Forbes rankings. The problems were caused by the avalanche decline of the mining industry during this period and the collapse of one of the largest companies, OGX. In 2013, Forbes reported that Batista lost nearly $ 20 billion in one year. Another year later, due to the continuous decline in shares of debt mountains and the companies he owned, his former wealth completely melted away and at that time he only had debts. He was last arrested in January 2017 by Brazilian authorities on charges of laundering $ 100 million.