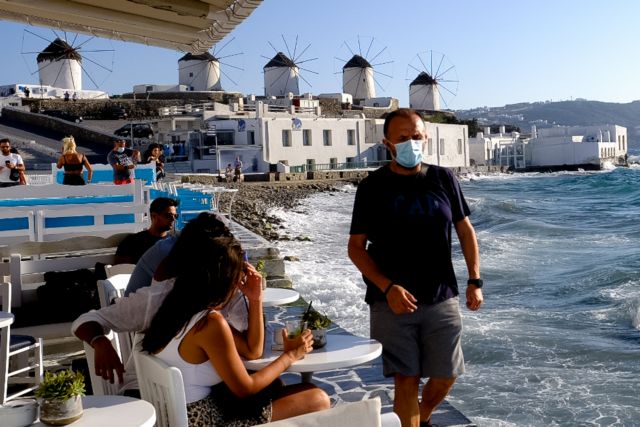 Greece is entering a new side from Friday, May 14, and the government is announcing the end of the blockade through Akis Skertsou. This is another step towards freedom and a return to normalcy, which, however, may be approaching; it is still too late.

The “decompression valves” of previous weeks worked as expected, prompting the Commission to give the government a “green light” to end the blockade.

The end of the lock will basically come with the removal of SMS to 13033 and 13032, while moves from region to region will be allowed again.

What is changing in our lives since Friday

Thus, from next Friday, our country will be open to tourism. On the same day, curfew was moved to 00:30 and messages on 13033 and 13032 were removed, restrictions on interregional travel and museums opened.

In addition, the retail store will resume use in May with health protocols with a capacity of 1 customer per 25 square meters without clicking inside or clicking away, but the date when this will happen is not yet known.

The reopening of kindergartens (May 17), summer cinemas (May 21) and open cultural spaces (May 28) has been postponed for some time.

Corridors and instruments are also expected to burn down on May 31, as gyms are scheduled to open for that day.

From June 1, there will be outdoor weddings with a maximum of 100 people, and baptisms are expected in early June.

Finally, a ban on live music in restaurants will continue in May.

How to the islands

At the same time, the European Green Pass will enter into force on 1 June, which will facilitate travel through vaccinated or negative tests or certificates of illness / recovery.

The Greek version of the green certificate will enter into force on 14 May.

According to it, anyone wishing to travel to and from the islands (with the exception of Lefkada, Salamis and Evia), either by boat or by air, must have a vaccination certificate (14 days after the second dose) when booking a ticket, or 72 hourly negative PCR test, 24-hour rapid test, 24-hour self-test or certificate of illness two months after illness and up to nine months.

This will be supervised by airlines and shipping companies, and all domestic and foreign passengers over the age of 5 will be required to do so. As far as land travel is concerned, there is a strong recommendation for self-testing.

Because the measures are now being lifted

To the question: “We opened last year when we had almost no cases, this year he answered four times, why so high this year?”, Deputy Minister despite Prime Minister Akis Skertsos:

First, we didn’t have vaccines last year, but we do have them this year. Second, at the start of the pandemic last year, we performed 800 tests a day, while this year we exceed 80,000, and at the same time we perform millions of self-tests a week. Fourth, last year the national health system was weaker, and this year 100 simple beds and intensive care units were added.

Thanks to all these factors, we can safely say that we leave the lock behind and open it safely, concluded A. Skertsos. 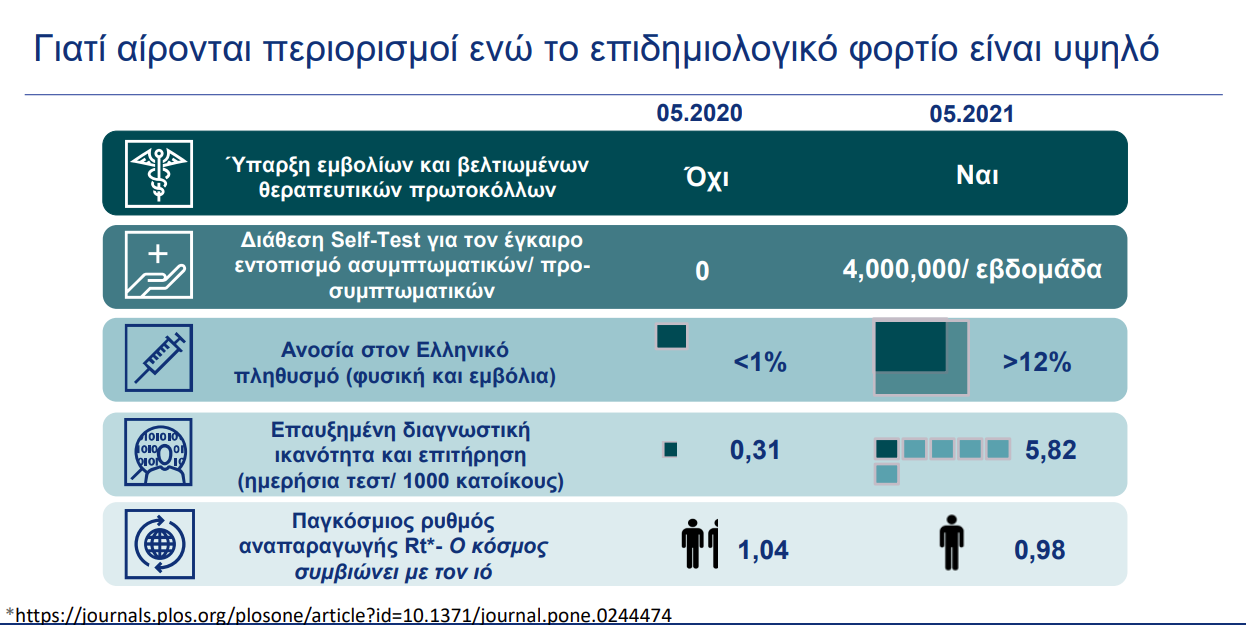 All of the above would not be possible without the coronavirus vaccines we have on the way before the closure of the “companions”.

That is why Health Minister Vassilis Kikilias referred to Operation Rapidly Advancing, which is advancing rapidly, in today’s report.

Mr Kikilias expressed great satisfaction with the response of the citizens to the vaccination program and emphasized that their presence in the vaccination centers was high and that the share of appearances at the meeting at “Eleftheria” had reached 97%. In addition, the Minister made extensive reference to the “Blue Freedom” plan, which concerns the universal and complete vaccination of permanent residents of the islands by the end of June at the latest. Specifically, all residents over the age of 18 will be vaccinated with the Johnson & Johnson monosodium vaccine on 19 islands.