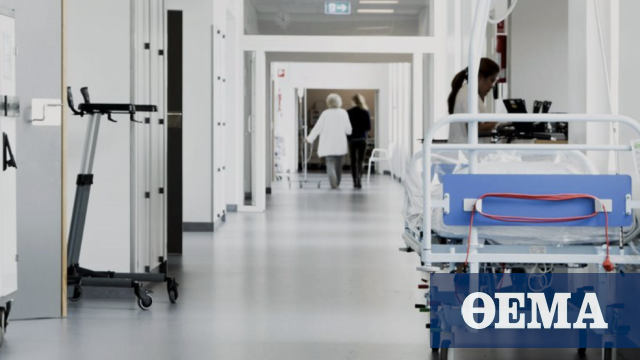 The story of a family of four in Crete being treated is shocking coronavirus in the hospital.

At first, the parents, who were immediately admitted to the hospital, fell ill, and their two minor children were suddenly home alone.

A friend of the family went to the children, but they stayed too admitted to the hospital, one with coronavirus and the other with viral antibodies. They are now with the reviving father.

«All four of us were suddenly in the hospital. UnbelievableDragoslav Petrovic, a 40-year-old father infected with the virus, told SKAI.

«We fought for a week as much as we could, and then suddenly my wife’s oxygen dropped and she was really in a difficult position. I also I’m still in the hospital, wife still. They took my oxygen today, I’m doing better and my wife is doing well. That is, the problems are behind us“, Explains Mr. Petrovich.

THE 35-year-old mother On January 27, he contracted coronary artery disease and was admitted to hospital a day later. 40-year-old father.

Suddenly the two underage boys in the family had nowhere to stay and no one would take care of them until a day later it was found out 12 years is positive for the virus while The eight-year-old was already ill.

The only solution was a hospital. So we decided to move them to the room where their father is being treated.

«The kids are here next to me because they really are all super fight. They talked to them every day to make it go as smoothly as possible. They’re upset, but I tried as hard as I could not to tell them, I didn’t tell them the reality because I didn’t know the reality. I had to be strongA real father.

From the first moment, their teachers are next to small children. «So on Sunday morning Mr. Petrovic calls me and tells me to help! I go to the hospital, my wife is already in the hospital, what will happen to my children. The the teachers stood their ground and helped them all the time and before distance learning so that they could relax and support them. That is, they watch a movie together, they talk because they got too close to the kidsSays Nektaria Pantelaki, principal of the 2nd elementary school in Chania.

It is shocking, however, that a family friend did not think of anything when the children were left alone, other than going home with them until he found a solution.

«I didn’t even think about it, it was spontaneous and self-evident to help me because I know they would do it for me too. It was a great relief that they ended up in the hospital, it’s really ironic, but the kids were relieved because they’re with the father, they see him and they know he’s fine, they saw the mother and they left and that anxiety», says Anabela Klapaki, a resident of Chania. The help of the hospital in Chania, which had to deal with the pioneering situation, was also important.

“We just noticed it back then. It was very moving. The father was very happy and especially the kids. It was unprecedented, so we basically created a protocolSaid George Beas, director of the hospital in Chania.

A 40-year-old father is already much better off with his sons in the covid19 unit, while the mother’s health is improving on a daily basis as she is in an increased oxygen unit.

Eretria tragedy: “If there were no security gaps, my father might be alive,” says the pilot’s son

Follow protothema.gr in Google News and be the first to know all the news

Check out all the latest news from Greece and the world at the moment it happens at Protothema.gr