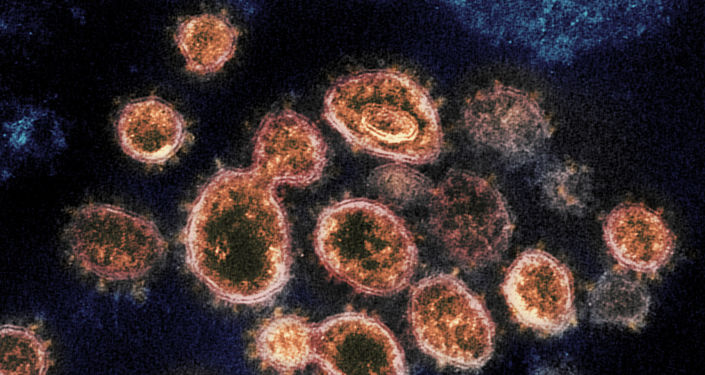 U.S. scientists have observed a new antibody that can neutralize not only different strains of SARS-CoV-2, but also other types of coronavirus, according to Nature. A discovery that could help humanity protect itself from new viral mutations.

A team of U.S. researchers led by biochemist Tyler Starr of the Fred Hutchinson Cancer Research Center (FHCRC) in Seattle has identified a new antibody with extremely powerful capabilities to fight many coronavirus variants simultaneously, announced this Wednesday, July 14, one of the oldest scientific journals in the United Kingdom: Nature.

Experts from FHCRC and the American company Vir Biotechnology, who participated in the study, examined 12 antibodies isolated from people infected with SARS-CoV-2 or another virus of this group of SARS-CoV. These antibodies bind to a fragment of viral protein that binds to receptors in human cells. Many Covid-19 antibody therapies target the same receptor-binding domain, the British weekly reports.

The researchers compiled a list of thousands of mutations in the binding domains of several SARS-CoV-2 strains to also catalog variants of other coronaviruses belonging to, such as Covid-19, the sarbecovirus subspecies.

According to Nature, the expert group, after evaluating the effects of these mutations on the ability of 12 antibodies to bind to the binding domain of viruses, found that one antibody, S2H97, has the ability to seize on binding domains. of all sarbecoviruses tested.

S2H97, dubbed the anti-sarbecovirus antibody by the study’s authors, blocked a wide range of viral strains to prevent them from spreading in cells grown in the lab.

This “super” antibody turned out to be strong enough to protect hamsters from Covid-19.

The secret to the effectiveness of the S2H97 antibody lies in its molecular structure, which attacks previously invisible sections of the receptor-binding domain that scientists say remain unchanged while the virus continues to silence, the review explained.

The researchers found that the appearance of molecules targeting sections of the viral binding domain revealed during the study could spur the development of sarbecovirus vaccines for simultaneous protection against multiple viruses, a scientific journal reports.

The discovery of an antibody that can stick to a variety of sarbecoviruses has also been welcomed by other scientists, including Arinjay Banerjee, a virologist at the University of Saskatchewan in Canada, Nature reports. After the Canadian expert mentioned future viral mutations that researchers do not yet know, he expressed certainty that antibodies and vaccines against sarbecoviruses will help humanity better prepare for attacks by new viruses.

The news of the development of stronger vaccines against Covid was indirectly confirmed by another US study.

Experts from the University of Washington and the Source Biotechnology Laboratory analyzed a version of Epsilon SARS-CoV-2 discovered in California to find that it has learned to neutralize natural antibodies as well as monoclonal ones that occur in people immunized with Pfizer / BioNTech and Moderna vaccines.

According to research, the effectiveness of these vaccines has been reduced by 50 to 70% compared to the California strain SARS-CoV-2.

In March 2020, the World Health Organization (WHO) ranked Epsilon among the “versions to follow” (VOI or “interesting variants”) in California for the first time. On June 30, France ranked it among the evaluated variants, reports the French Public Health.

The Russian center Gamaleïa, the designer of the world’s first registered Covid vaccine, Sputnik V, has just published a study in the international journal Vaccines on the effectiveness of a preparation against new strains of SARS-CoV-2. According to this report, Russian researchers observed a relatively small decrease in the neutralizing activity of Sputnik V against variants such as alpha, beta, gamma, Delta, but less pronounced than in preparations from other pharmaceutical groups.