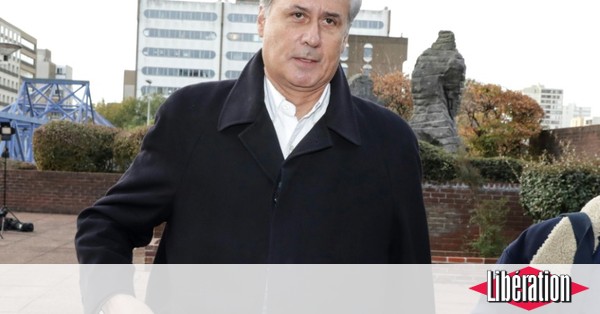 More than seven years after the start of the case for which he resigned from the government, the Assize Court on Thursday discusses the fate of former State Secretary Georges Tron, who attempted to rape two former municipal members.

"I survived seven extremely difficult years, I think of my family, I realize that my destiny is in your hands. I am completely innocent of the facts that I have been accused of," said Essonne, before the court withdrew at 9.30.

"I tell you again that I have not done the facts that I am innocent," said his former deputy mayor Draveil Brigitte Gruel.

On Wednesday, the attorney general demanded six years in prison against Georges Tron, the "leader" in his view of the scenes. Four years in prison were demanded by Brigitte Gruel, a "little soldier".

The public prosecutor also requested that they be declared ineligible for five years and entered into the file for the perpetrator of the sexual act.

Mayor Draveil since 1995 and his former assistant, aged 61 years, say that "the resentment" of former city officials was exploited by their extreme adversaries.

From the beginning of the trial, on October 23, before the Seine-Saint-Denis meeting, Georges Tron frequently expressed his authority and disagreement during the hearings. But he never seemed to give up insurance, warmly welcomed the people who came to support him.

In this case, they were devoted to four weeks – an extraordinary length, and three days were usually spent on rape – and dozens of people heard.

Virginie Ettel and Éva Loubrieu, 41 and 44, are charged with Georges Trona and Brigitte Gruel that they interacted and penetrated digitally between 2007 and 2010.

The scandal forced Georges Tron to resign on May 29, 2011 as State Secretary for Public Service of the Fillon Government.

During the discussion, the president of the Assize court, Philippe Coirre, warned the defendants: several witnesses reported that there was a "sexual climate" in the city house, which could realize the scenes described by the complainants.

Georges Tron only recognizes a "flirt" with a former parliamentary attache and an extra-judicial relationship – still in progress – with his urban planning assistant Sylvie Doncarli.

For the Advocate-General, an elected official "abused his power with his subordinates" and then attempted to "politicize a purely sexual issue" by abandoning the conspiracy.

His request was anxiously expected, the public prosecutor always opposed the dismissal of the elected representative and former assistant. In 2014, the Chamber of Investigation finally decided on the trial.

Like the civil parties, he has also accused the Tron system, where the practice of the mayor of the reflex leg has served as a "trap" to reach women and gradually – more.

On Wednesday, defense lawyers appealed alternately to a weakened house.

They observed inconsistencies in the complainants' narratives and their repeated contacts with mayoral opponents.

Attorney Georges Tron, Antoine Vey, has charged a "trial of language and amalgam", a file "built around mythology", "the accumulation of nothing."

His second lawyer, Eric Dupond-Moretti, attacked a "demo" indictment, which criticized what he believes is a confusion of the media and the sacralization of statements by women who represent themselves as victims.

The case broke out ten days after the bad detention in New York, Dominique Strauss-Kahn, and then the head of the International Monetary Fund, charged with raping a maid. His judgment will be delivered a year after the explosion of Harvey Weinstein, who set the global wave of women's freedom from rape, assault and sexual harassment.