Based on the video, a police commander convicted of gassing a disabled “yellow vest” 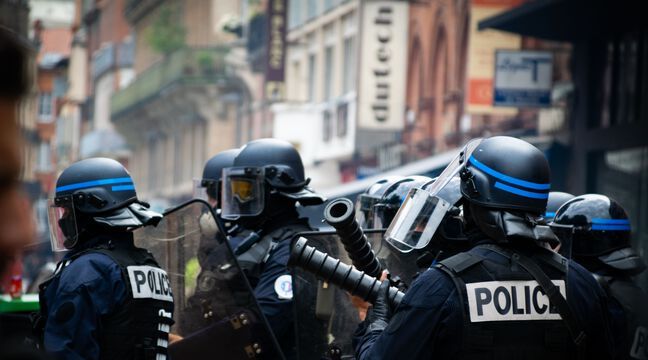 “It shortens the video. What we see in these pictures is called violence committed by a police officer. “This Friday morning before the Toulouse Criminal Court, a prosecutor’s representative relied on video to ask for a suspended sentence against Division Police Commander Jean-Marc S., head of Security and Intervention Company 31 (CSI-31) at the time. Without these images, it would be very difficult to prove the facts.

On March 3, 2019, the day after the 16th act of “yellow vests,” he rounded up a twenty-five-year-old video on social media. We clearly see 55-year-old Pascal in a wheelchair after a 2014 stroke that severely disabled him, after a police officer who just seized ski goggles to protect himself from clouds of tear gas. Visibly irritated by the attitude of this man, who insists on recovering his property and keeps it a little too close, the clerk sprinkles it profusely with tear gas at the level of his head.

Following the dissemination of these recordings, the Toulouse Public Prosecutor’s Office is asking IGPN police to investigate. After identifying the police officer, watching the video, questioning the victim and the official, the IGPN concluded that there had been serious violations. What’s more, the commander received a reprimand from his hierarchy.

At the same time, the victim’s lawyers turned to the prefect and demanded compensation for the damage caused. As for the prosecution, he immediately initiated proceedings against the commander, who therefore appeared in court on Thursday.

After showing the video twice in a row during the interrogation, the civil servant, licking his hair, dressed in a uniform, holds a round table and gives his version of the facts: “He did not hesitate to rush me, forcing me to withdraw. I was hit. , I was afraid of falling, which justified the use of the aerosol. I believe I took action to stop the physical attack on me. It was self-defense. “The judge, listening intently, jumps up: “Doesn’t correspond to your statement. Are you talking about an attack? We don’t have the same word.”

The victim in turn explains why she insisted on restoring the mask. “I only have one hand that responds if I find myself in a cloud of tear gas, I can’t put on a mask and at the same time control the control of my chair, so I wanted to keep it on my head.” The officer admits “I’m sorry” before trying to justify his gesture again: “I was tired but lucid. I responded legally. He pushed me three times, I felt like I was falling.” we can clearly see in the video that what you are telling us is false. “

Adjust the glasses: “According to the IGPN, the tear spray should be used when necessary, proportionately and judiciously. And especially not a meter from a person. It should also be noted that it should be used very carefully with respect to a fragile person. “” I also found myself in trouble. That was the only way I could defend myself, “the commander replied.

Claire Dujardin and Sarah Khoury, the victim’s lawyers, step on the scene and raise their voices: “We are stunned because if he morally recognizes the allegations, he doesn’t understand it legally. It’s a serious mistake, he has to set an example.” .

A prosecutor’s office representative takes the point home. “Yes, a tear gas canister is a weapon, discussion is not possible. No, a wheelchair is not a target weapon, but only a means of transportation. Mistakes are typical, while we can expect complete control over our behavior from this official. He demands a suspended prison sentence. The seated police officer blushed behind the mask.

His lawyer, Laurent Boguet, stands up, swears that “he is neither a butcher nor a cowboy”, that he “used only doctrine” and that for him “it is not a serious mistake but a moderate use of force.” The court was not convinced.Commander Jean-Marc S. was sentenced to four months probation, a symbolic € 1 and a € 600 legal fee.