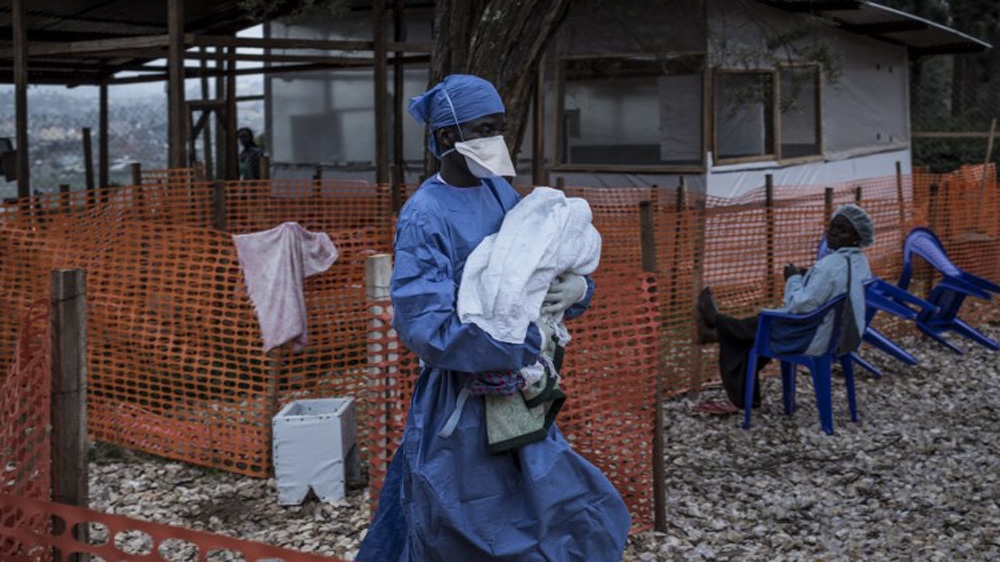 The health authorities of the Democratic Republic of the Congo (DRC) say they have temporarily suspended anti-Ebola operations in the eastern region of Benni, as violence continues to hamper efforts to prevent the worst outbreak of illness in the history recorded in the country.

Minister of Health Oly Ilunga Kalenga said on Saturday that the day after the outbreak was a few disasters "a few meters" away from the local Emergency Center and hotels of more responsive teams in Bena, North Kivu Province.

The peacekeepers of the United Nations Mission in the State (MONUSCO) have invaded the rebel offensive with members of the Allied Democratic Forces (ADF) in ciin the northern quarter of Boikena late on Friday.

Seven Malawians and one Tanzanian peacekeeper were killed in the attack.

The United States joins the UN Security Council for condemning the murder of one Tanzanian and seven males @MONUSCO peacekeepers. The Council sends our deepest condolences to the families of the dead and the authorities and the people of Malawi, Tanzania, the Democratic Republic of the Congo and the UN. pic.twitter.com/Wpp8MyP8xd

Oly Ilunga said, "all field activities were suspended, and the Emergency Operations Center remained closed," and added that health workers in Eboli stayed in their hotels.

Also on Saturday, the World Health Organization (WHO) said that 16 staff members temporarily evacuated when the shell hit the building they were in.

Michel Yao, coordinator of the World Health Organization for Ebola Operations in Benin, told the AFP news agency that no one was wounded, adding that it was not known whether the shell came from the ADF or MONUSCO force.

Oly Ilunga warned of the violence and said that the outbreak "remains dangerous, especially in Bena".

The latest outbreak of Ebola, the nation's tenth, caused 166 confirmed and 47 probable deaths, mostly in the provinces of North Kivu and Ituri, rich in minerals that were the epicenter interethnic and militant violence for decades.

According to the World Health Organization, a total of 358 confirmed and probable cases were reported in the country.

This number exceeds 318 cases, which were documented in 1976, when the virus was first identified in Yambuk, in the province of Equator.

"No other epidemic in the world was as complex as the one we are currently experiencing" Oly Ilunga said last week, adding that teams that respond to an outbreak attack on average three or four times a week to unprecedented violence than in nine previous outbreaks.

"Since coming to the region, the response groups have been confronted with threats, physical attacks, the resumption of their equipment and the abduction" Oly Ilunga.

Saturday, a ceremony was held for peacekeepers who were executed in the attack of the previous night.

Fifteen other peacekeepers were killed in an ADF attack at the MONUSCO base in Bena in December 2017.

The armed group was established in neighboring Uganda in the 1990s. He is forced from Uganda, works in the border area of ​​the province of DRC North Kivu.

In Bena, ADF has a brutal reputation. Over the past three years, hundreds of civilian deaths have been blamed, as well as mass rape of children's forces and weapons.