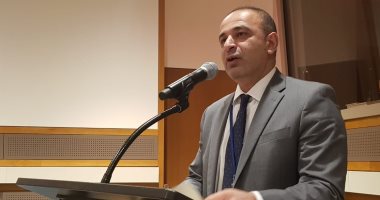 Today, the Ministry of Planning, Follow-up and Administrative Reform Ahmad Kamali, Deputy Minister of Planning at the 14th Conference of the Parties to the United Nations Convention on Biological Diversity, which began on Tuesday, November 13, in Sharm El-Sheikh, and will continue until 29 November. With the participation of 196 countries under the auspices of President Abdel Fattah al-Sisi, presided over by Egypt as the first Arab and African country to chair the largest United Nations conferences in the field of environmental protection.

Dr. Ahmed Kamali, Deputy Minister of Planning for Further Action, said that the Strategic Biodiversity Plan 2011-2020 is a ten year framework for all countries and stakeholders in order to save biodiversity and improve its benefits for people. Twenty targets of the Aichi biodiversity target, which include the objectives of addressing the causes of biodiversity and reducing the pressure on this, while promoting sustainable use and integrating the protection of ecosystems, species and genetic diversity, and improving the benefits of biodiversity and ecosystem services. Implementation of the plan through participatory planning and capacity building .

The Deputy Minister of Planning said that the logical basis for the biodiversity plan is that biodiversity contributes to strengthening the functioning of the ecosystem and the provision of ecosystem services that are needed to provide a better life for people and adds that it also provides food and health and providing clean air and water. Decent and economic development, which is why the Millennium Development Goals have to be achieved.

Kamali added that the 15th Meeting of the Conference of the Parties is expected to update the Strategic Plan of the Convention in 2020 for the adoption of the new Strategic Plan for Biodiversity 2021-2030.

Regarding the biodiversity of the Sustainable Development Strategy, the Egyptian vision of 2030 Kamali emphasized that Egypt is one of the leading countries in the interest of protecting biodiversity by participating in a number of international conventions that promote this trend, among which the Convention on Biological Diversity in 1992, developed and implemented a national biodiversity strategy and action plan for the last 20 years from 1997 to 2017 through extensive community involvement.

Kamali added that Egypt updated the Sustainable Development Strategy and the National Biodiversity Action Plan 2016/2030, including 6 targets and 18 targets for biodiversity protection, stressing that Egypt registered 30 natural protected areas in 2014 , covering 149 thousand kilometers or 14.7%% of the total area of ​​Egypt.

Prime Minister dr. Mustapha Medbouli discussed the policy and strategic orientations on the priorities of the biodiversity of the continent yesterday at a high level ministerial meeting, focusing on the restoration of ecosystems to address soil degradation, climate change, migration and biodiversity.

The conference will include all ministers and their representatives, including the environment, planning, finance, health and industry, whose idea is to integrate biodiversity into the energy, industry, mining, housing and health sectors.

The Conference on Biodiversity, presided over by Egypt as the first Arab and African state, is the largest UN conference on environmental protection under the theme "Investing in biodiversity for human health and well-being and the protection of the planet." Conference participants discuss the rules needed to protect biodiversity and observe global standards and standards for the extraction of minerals and oil from the ground, seas and oceans and infrastructure in the use of plants and medicinal products, or in the establishment of any plant in areas with environmental sensitivity and its consequences for human health.

Many initiatives are taking place at the conference, including the Sharm el-Sheikh, a green city as a model for sustainable cities and enlargement.

It is worth mentioning that the Convention on Biological Diversity is an international convention under the auspices of the United Nations for the Conservation of Living Organisms from Extinction and represents a high-quality step in preserving biodiversity and the sustainable use of its constituents and ingredients and the fair and equitable sharing of the benefits derived from the exploitation of genetic resources . In Rio de Janeiro in 1992, it entered into force in December 1993, which has been ratified by 196 countries so far, including Egypt, and therefore the Convention has a global participation.