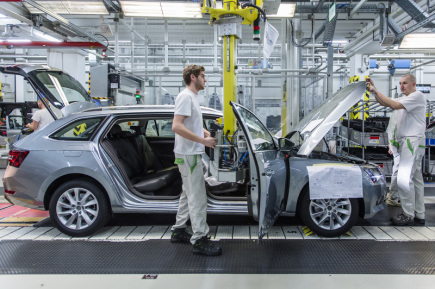 Prague – Czechs buy cars mainly in white, gray or blue. Their ranking is the same as last year. The choice of conservative colors is associated with the fact that three-quarters of the cars are bought by companies. According to the Association of Car Importers.

The share of white cars among the new cars sold was 29 percent in the first ten months of this year, while 24 percent of the customers decided to choose the gray color and 14 percent in blue. Followed by red and black.

Some brands do not match the most commonly used colors and are characteristic of another song. For example, Ferrari is clearly dominated by a red with a 50 percent share, while Maserati or Porsche is black. The best-selling Škoda cars are the best-selling in gray, followed by white. The same ranking is for Japanese Toyota.

Sales of new passenger cars fell from 0.53 percent to 227,488 vehicles from January to October. Sales in October dropped by 15 percent. The first is the Škoda brand with 72,646 registered passenger cars, followed by Volkswagen with 21,556 cars and Hyundai.