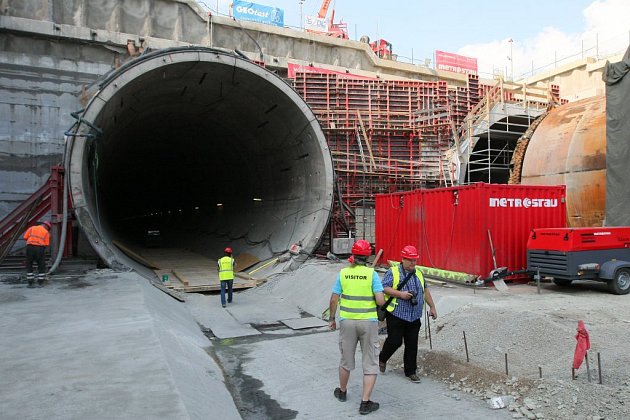 The longest railway tunnel in the Czech Republic, which yesterday shortens the route from Pilsen to Prague for more than six kilometers, yesterday greeted the first trains. Construction, which began in 2013, was the first freight train that passed. For the fast and fast trains, a new track opens today at 4.1 km.

The diary was visited by the longest railway tunnel in the Czech RepublicPhoto: Deník / Zdeněk Vaiz

"The new part of the railway tunnel is first tested by freight traffic which travels through the southern part of the tunnel on Thursday, November 15. They will study the entire route," said Radka Pistorius, a representative of the Railway Infrastructure Administration. In total – this is for passenger trains now being replaced by buses – the Ejpovický tunnel will be operational on December 9, when it will be operating on the northern part of the pipeline. The new timetable will also come into force from then on.

"The journey between Prague and Plzen will be shorter than nine minutes," said Pistorius. Trains running from Pilsen to Rokycan will be reduced to only half.

Together with the opening of the tunnel, there was a question of using sanitary facilities. According to the Czech Railways, on trains that do not have a closed WC system, the carrier is obliged to ensure that they do not use as long as the train passes through the tunnel.