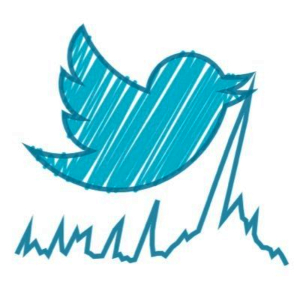 Twitter is a wild ecosystem of countless words, thoughts and stories. The new online tool Storywrangler with supercomputer computing power acts as a powerful telescope with which it is possible to look into twitter reality in real time. It is like a global event sensor that could to some extent predict future developments.

Twitter is like the universe of human online civilization. It has been in operation since 2006 and has since accumulated countless billions of short posts of people and footwear around the planet. A team of American experts led by Thayer Alshaabi of the University of Vermont has created a “telescope” with which we can study the Twitter universe in real time and find answers to curious questions. 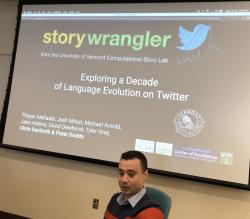 This telescope is called the Storywrangler and is powered by the Vermont Advanced Computing Core supercomputer. It is equipped with virtual “lenses” that allow you to focus on developing the use of words, thoughts and stories that are born and disappear on Twitter. According to the creators of Storywrangler, Twitter does not represent all of humanity, but is used by a very large and very diverse group of people on the planet, including many personalities with considerable influence.

The story editor can display the main discussions that are currently on the agenda. As the creators rightly point out, this thing quantifies the collective attention of humanity. At the same time, it’s not just about looking at celebrities of all kinds, but also about the everyday expression of the online crowd. 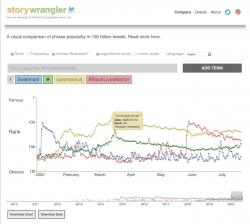 Alshaabi et al. with Storywrangler, they are the first to analyze 1, 2, and 3 phrases in titles that have been published in about 150 different languages, from the origins of Twitter to the present day. The story editor has a time resolution of 15 minutes, so it literally keeps its claws on the beat of time.

But the Storywrangler supercomputer is even more than just another handy tool for analyzing social media. It also acts as a global event sensor. It perceives what is happening, how people react to it, and can also to some extent predict what will happen next. It’s not psychohistory at all, but Isaac Asimov would certainly be happy.

The Alshaabi team has shown that Storywrangler, for example, can predict political or financial instability. They analyzed the use of the terms “resistance” and “repression” in different parts of the world and found that the dynamics of these words on Twitter were demonstrably related to changes in the geopolitical risk index in these areas. The creators believe that their Storywrangler is part of the evolution of science. It should enable the development of new practices in journalism, language learning or, for example, in the history of computers and the online environment.