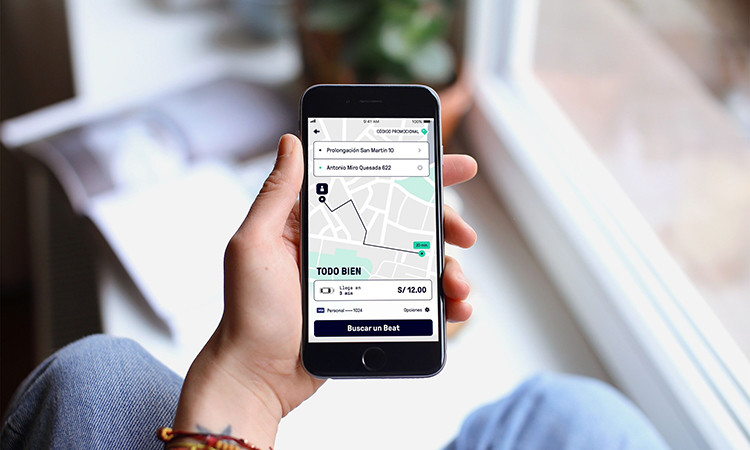 Obviously the competition will continue in Mexico, particularly in capital, between mobility companies.

The new competitor will start Beat, which belongs to Mercedes Benz, which plans to enter Mexico City in March.

Beat would enter Mexico City; I would compete with Uber and Didi

According to a statement by its co-founder and Executive Director, Nikos Drandakis, his entry will be aggressive.

"We want to be unreasonable. We have what we need to get an important part of the market in Mexico City, "said the 55-year-old CEO.

In Athens, Greece, the place where the momentum was born, he managed to become dominant, but he never competed with Uber or Didi on the market, which was really important for one of the two greats.

Mexico City is different. A densely populated metropolis of 21 million has public transport that does not cover the total demand, which means that the crowd needs a complementary service.

Furthermore, many people need complementary income, which facilitates the search for drivers.

The competition will be complicated. And if DiDi Chuxing is already looking for drivers to enter Mexico City shortly after launching operations in a pilot format in Toluca, then it starts a gradual attack on cities like Guadalajara, Monterrey, Tijuana and Mexicali to name a few.

Beat and its beginnings

The company now belongs to Mercedes Benz, while Drandakis and his three friends in Athens began in 2011 as a way to find a taxi using the application only during the crisis in Greece.

They originally had to give flyers for employing drivers. Application succeeded when the drivers noticed that they actually helped them get more passengers.

Currently A third of the 3.1 million inhabitants of Athens use this service.

In 2014, Beat decided to expand and start in Peru. He began his job in Lima, through drivers and taxi drivers, with whom he became the number one application in the city, even surpassing Uber.

Last year, it was taken over by Daimler AG, the owner of Mercedes Benz, which paid 45 million euros for start-ups.

Since then, it has increased four times and has 400 employees, and has already expanded to Bogotá, Colombia and Santiago de Chile, where in the first year they acquired a million users.

They will now begin operations in Mexico City, where Uber is predominant and Didi enters. However, the company with the support of Daimler could have had more luck than in the previous attempt in 2014.

According to his director, They hope to hire thousands of drivers before starting, as well as the creation of a marketing team and general operations between 40 and 50 persons. They hope to be the first in the next 3 years.

After a few months of its launch in Mexico City They hope to start their work in Guadalajara and Monterrey, Mexico, as well as in Medellín and Cali in Colombia. By 2022 they will hopefully be present in the largest cities in Latin America.

Be informed about the most important news on our Telegram channel