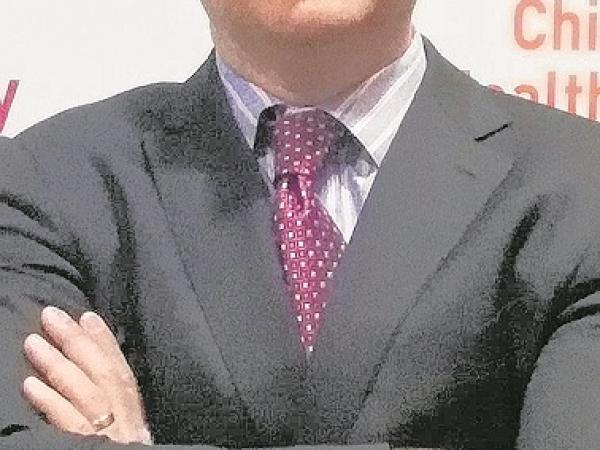 China is changing from an export-oriented industrial economic model that represents the "old Chinese economy", the economic model of services and domestic consumption, which is characteristic of the "new China" economy.

This is explained by KraneShares, investment fund manager (ETF, abbreviated in English), who came to Colombia to attract national investors who want to reach this Asian market. The company is majority owned by China International Capital Corporation (CICC).

In an interview with Portafolio, Jonathan Shelon, Chief Executive Officer of KraneShares, said that Colombia has great potential, with a privileged position for investment activity. In this regard, he was in talks with investors in Bogotá and Medellin in the country.

It should be noted that by 2018, Chinese technology companies generated more value than their initial public offerings than any other sector on the continental market and in the markets of Hong Kong. At the global level, they accounted for 40% of all cash flows generated by the first public offers of the technology sector.

Why did you choose Colombia and attract investment in China?

Colombia is a country with a high potential with a privileged position for investment activity. Therefore, we want to establish a link with Colombian investors in order to offer innovative first-level strategies and the expertise of a global company with in-depth knowledge of the Chinese market, so that they can access investment trends that other international investors are already involved in. .

We also learned that there are flourishes in the community of retired people and we have a good network that we have established with different relationships. Another thing that needs to be emphasized is that we are focused on China and it turns out to be the second most important trading partner for Colombia, the United States. So we wonder why we should not go where understanding and respect is the importance of a commercial relationship with China.

What kind of predictions do you have on the Chinese market?

Our mid-term forecasts suggest that China A Series shares can account for 14.7% of the portfolio in the MSCI Emerging Markets index, which is placed before the assets of Korea, Taiwan, India, Latin America, emerging Europe, Africa and the Middle East. Also, there are expectations that future funding will continue to expand to Chinese Internet companies, given that the fastest growing areas of the Chinese economy have flourished despite market tensions.

Our ETF do two things. Some of them give wide exposure to China because it is the second largest stock market in the world. One way of thinking about this country is the need for one's own things. Another way of investing is more in the thematic field, as there are segments that focus on the Internet, e-commerce and significant growth of middle-class consumers. However, there are different ways of accessing China. If we focus on the service sector, it moves away from the issue of steel, export, trade war, etc.

Why should the Colombian investor stand in China?

It was not possible to invest in China for a long time. In 2014, a program called Stock Connect was launched, which allows opening an account in Hong Kong and reaching the continental market. This started just four years ago, so access is new; 97% of the shares in China are owned by the Chinese. This also creates many opportunities.

What other projects do you have here in Colombia?

We will continue to build our business here. We have found that many Colombian investors can already buy our ETF, so we do not have to create anything new. They like the liquidity and size they have on the stock market in New York.

We are looking for all types of investors, for example, institutional and pension funds or private banks. We want a person who wants to invest in China to think about KraneShares. We do not have to be direct clients to contact us, we want to have a conversation and educate the market about the importance of this Asian country.

With these conversations, the important thing is to build a relationship. This is a real starting point. Of course, we want people to invest in our ETFs, but above all we want to connect them with KraneShares.

What is the attractiveness of investing in service companies that focus on the Internet and technology?

CSI Overseas China Internet Index provides exposure to Chinese Internet companies that benefit from internal digital spending such as Tencent, Alibaba, Baidu, JD, Weibo, among others. Since the beginning of February 2012, the index has reached a total value of 164.12%.

On the other hand, we have found a model of three p: population, penetration and success. This is characterized by strong consumption of the middle class, penetration into the Internet and quick adoption of new technologies and good productivity of service platforms.

According to KraneShares' analysis, "the Chinese economy had the most important flourishing of modern times, and it was placed in another economy with projections that would surpass the United States for only a few decades." Another point that stands out is that according to population growth and the development of China, the Asian country has become the world leader in e-commerce with almost 50% of digital worldwide sales and reached $ 1.14 billion in sales for the year 2017. It should be remembered that KraneShares is part of China International Capital Corporation, one of China's major financial conglomerates, with more than $ 400,000 million in assets in the administration.