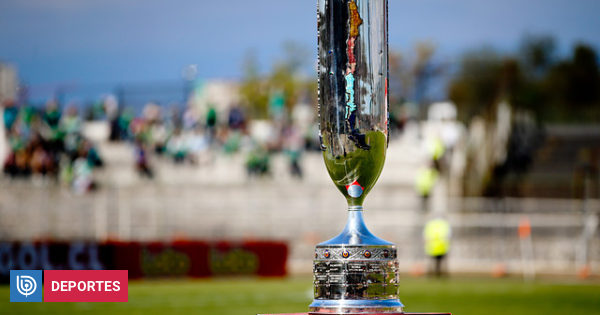 The most traditional tournament in Chilean football returned. The Chile Cup in the first stage there were some surprises.

In the case of a group First B, Second and Third A, two tables of the lower category gave a bump and showed that everything on the tournament could happen.

Without a doubt, the victory that caused the most astonishment came from the regional stadium of the Andes. All this after a local series, Trasadino, go to San Luis de Quillot.

It's about winning an amateur team against a team that last year played in the first division of Chilean football. Those in the fifth region knew how to stick to the ninety minutes and were more precise than the punishment point. Now they expect a competitor who can be the first division.

At the second surprise of the day, Deportes Vallenar defeated Deportivo Copiapó 2-1, thanks to the pair of Fidel Córdoba.. Hosts play in 2nd Division, while Copiapo in Primer B.

The one who was also close to the venture was Fernández Vial, who came to the penalty, but he succumbed to Deportes Temuco in Ester Roa Rebolledo. "Immortal" was less than half the second half with one player, and with minimal details outside the competition.

It should be noted that the qualifiers for the next round will decide to draw, where they can also move towards the teams of the first league The champion of the competition will qualify for the next edition of the Copa Libertadores.