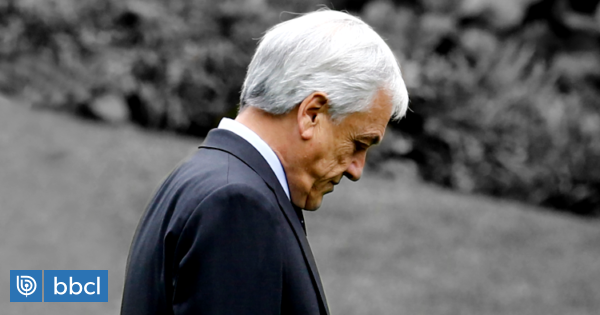 Disapproval of the President Sebastián Piñera, on the basis of public opinion, once again surpassed his agreement, which was revealed by the new version of the Cadem market research.

The results show that the rejection of the agent's administration increased from 40 to 44%, while those who approved the administration rose from 44 to 41%.

Above, in the context of the death of a young mapuche comunero Camilo Catrillanca which caused a wave of criticism against the government and Carabineros for Irregularities which were disclosed about the police operation in which the events occurred.

In this regard, Piñerina's office kept figures close to approval (increased from 37 to 40%) and rejected (reduced from 39 to 48%).

As regards President Piñera's promise of "better times", 51% of respondents think that Chile is the same compared with the former President Bachelett's government, 21% think it is worse, and 26% think it is better

Meanwhile, expectations for the following year remain positive: 47% believe that better times will be 34% equal and only 17% worse.

One of the points discussed in this new Cadem study was the controversy that took place in France with the meeting of the deputy of Gabriel Boric and Maite Orsini with former champion Ricardo Palmo Salamanca; convicted of the murder of Jaime Guzman.

As a result, the confirmation of Deputy Borič fell from 56% to 52% in the course of his trip to that meeting; I found that it was estimated to be positive for 27% and negative for 58%.

In that regard, a conviction convicted against the first in the nineties, 51% believe that during that period there were no conditions for a fair trial in the case of Ricardo Palme Salamanca.