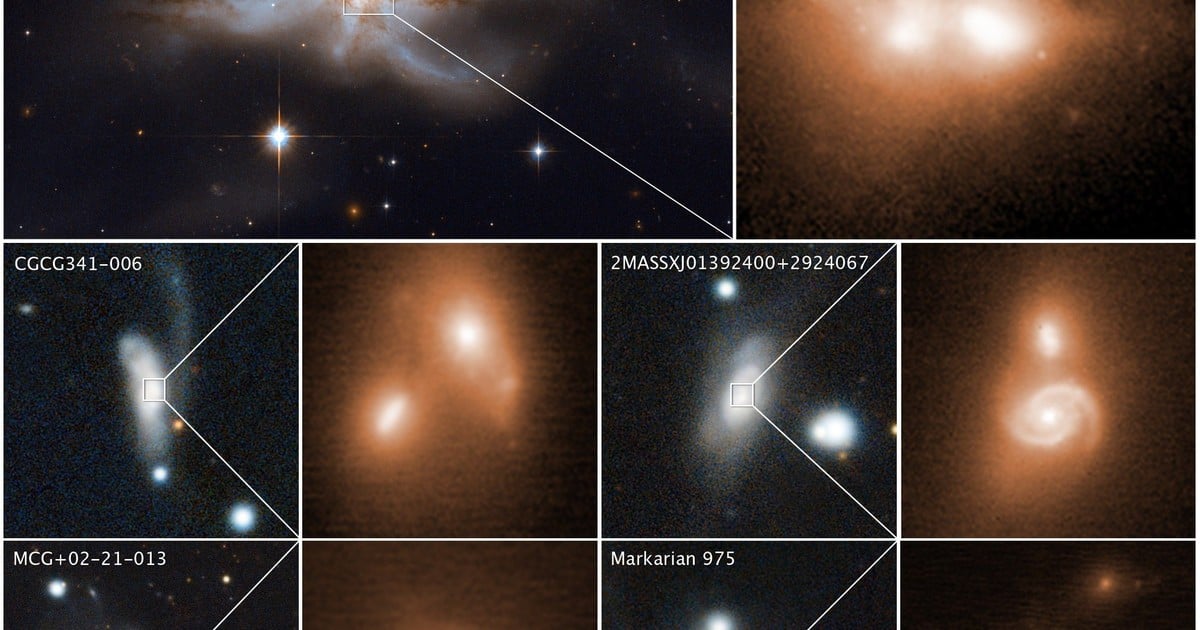 A group of astronomers, including some from Chile, found the relationship between the collision of the galaxies and the black holes, which is can be crucial to solving important astrophysics, according to researchers.

"Thanks to this work, today we are closer to solving two great enigmas of astrophysics: how galaxies were formed and how the supermassive black holes that live in the center of them, and all the more importantly why both processes are linked, "said Ezequiel Treister of the Catholic University Institute of Astrophysics in a statement sent to the Efe news agency.

"We found that almost 20% of the fast-growing black holes, known as AGNs, are associated with later stages of the galaxy process, ie a little before they merge and form one black hole," said Treister, also a researcher at the Center for Excellence in Astrophysics and Alliance Technology (CATA).

The research was recently published in a science journal Nature and together 20 years of observations of the Hubble Space Telescope, data obtained by Neil Gehrels Swift X-ray Observatory, NASA, and images of the Keck Optical Telescope in Hawaii.

The study lasted for eight years and brought together a dozen scientists led by Dr. Michael J. Koss, Eureka Scientific Inc. from California, who emphasized that the images of the work "show what will happen when our galaxy, the Milky Way, joins Andromeda and their central black holes with each other",

The research could lead to a prediction in what kind of galaxies these cosmic events could have occurred"he added.

The work was analyzed by almost 100 galaxies, which in the growth process contain black holes added to almost 200 inactive galaxies, which are used as a comparison, explained Ezequiel Treister.

These galaxies "are on the world's largest billions of light years, that is, if the Earth were left a billion years ago, when there would be only bacteriological life on our planet, we would only come," he thought.

The research concludes that dark black holes, that is those that are covered with material such as dust and gas from galactic fusion, are more likely to participate in this type of dynamics, he said.

According to Claudio Ricci, an astronomer of the core of astronomy at the University of Diego Portales and also part of the team, "the clash of galaxies is a key mechanism for obscuring these processes," he said.

The team now seeks to understand how the feeding and growth of these black holes occurs during the collision process of the two galaxies and how the interaction with the galaxies they host is taking place.

In order to achieve this, they consider it vital that they can use the ALMA Observatory, which has a very high resolution, 10 times better than the Hubble Telescope.

ALMA (Array Large Millimeter / Submillimeter Atacama) is the largest radio telescope that exists and consists of 66 antennas arranged in the Chainantor plane located in the north of Chile over 5,000 m above sea level and its antennas can operate individually or together as one I'm a giant telescope.

In addition, astronomers take into account future observations using flexible telescopic telescopes such as the Telescope Thirty Meters (TMT), the European Large Telescope (ELT) and the Giant Magellan (GMT) Telescope, which according to Claude Ricci 'will allow for a more accurate observation of the collision galaxy and their black holes. "