A chemical accident forced to break down the subway service 1 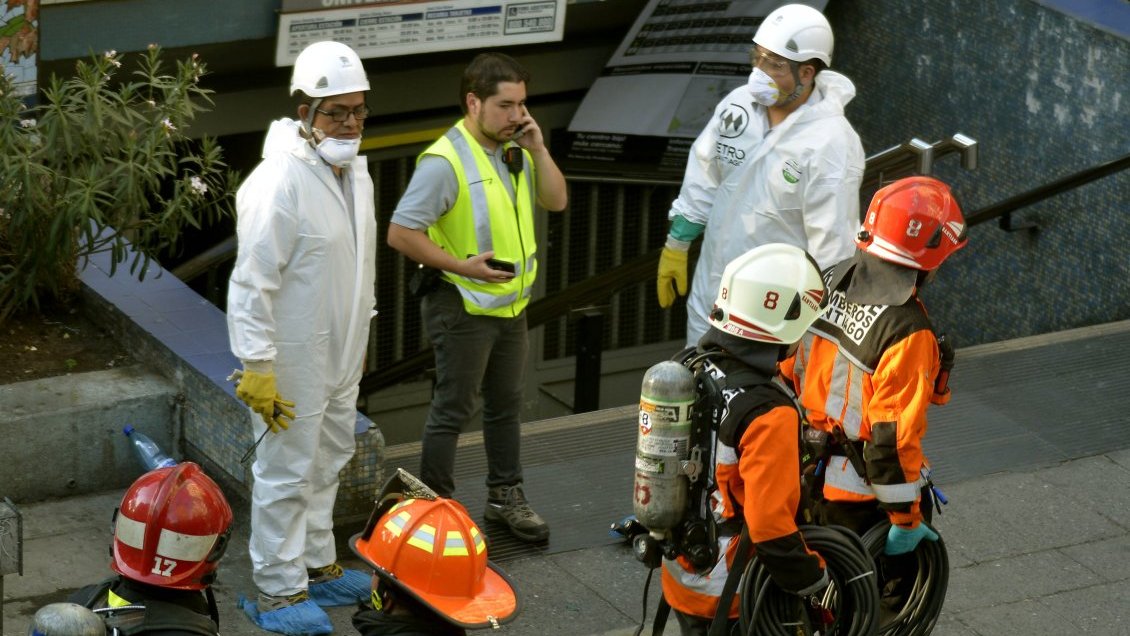 An extraordinary chemical accident caused interruption of service on the subway line 1 in Santiago, at the stations of Santa Lucia and the Catholic Universitythat he was thrown at the last place on the road carrying a bottle of cyanide.

The fact This happened after 18:20., at peak times, and for this reason the service was only available between San Pablo and Universidad de Chile and between Baquedano and Los Dominicos.

Team staff Fire Haz-Mat arrived at Universidad Católica station, after discovery. t a glass with a white powder inside on the side of a man who threw himself into the types, as explained by the fourth commander of the Santiago Fire Brigade, Jorge Guevara.

The volunteer explained that "the firefighters take to the station of Universidad Católica a person who threw himself on the railway line, activated the Metro evacuation protocols, the firefighters entered the platform he noticed that besides the body there was a bottle with a white element inside, they were followed and confirmed that it was cyanide"

Guevara added that "all necessary protocols were activated, trained personnel from Haz-Mat arrived, she was following, he stayed behind, he was purged, It was isolated, there is no problem with pollution, the person did not take cyanide. "

Finally, At 21:35 Metro continued with the service at both stations, which normalizes the operation of line 1.

21:37 ur. Service restored # L1. We regulate the frequency of trains. #TodalaRed is available #AlertaMetro finished