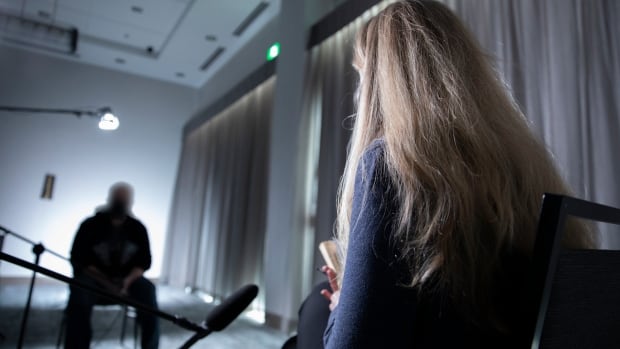 Employees at the Canadian Royal Milk factory in Kingston, Ont. They say management treated them as “listeners” by denying them safety equipment, harassing employees and accusing them of being “overpaid” and less hardworking than workers in China, and – in one case – establishing physical contact with a worker during hot dispute.

Efforts to organize and certify the union with the United Food and Trade Workers were tied to arbitration over the past year, while the turnover of factory employees in the first months of operation was constant.

“What would I see every day? The guys from the production treat it like dirt every day, especially that manager,” said one person employed in another role at the plant. He said he feels forced to speak on behalf of more vulnerable workers.

CBC News protects the identities of five current and former employees who shared their experiences for fear of negative reactions in their community.

These workers were afraid that someone would kill themselves in the factory. They described malfunctioning plant equipment and a workplace culture that they claim does not take industry standards and safety measures seriously. They also reported concerns about the way employees were treated.

The factory, a subsidiary of China Feihe International, is managed by a group of executives from China and Canada. Its workforce is diverse.

“At one meeting, the production manager told us to basically go home and tell your wife and kids that you probably won’t see them for the next few weeks because we have a deadline to meet,” the former worker said. “That’s when I basically told him to find himself.”

Another worker said the manager mentioned that a company in China would only take a worker’s salary when something broke or things moved too slowly.

“Just like we are, what? You can’t do that,” the employee told CBC News.

The employee said the manager told his staff in Kingston that they were overpaid and that in China, an employer can make five people do what they do for half the salary.

“I started being questioned every day,” the employee said. “Am I so bad to a person or such a bad employee that I deserve to be treated like a second-class citizen?”

Employees said the plant violated provincial overtime compensation rules. They said some workers are forced to work after a 16- or even 20-hour shift.

They said they were told to impose their overtime, but they often found discrepancies between what they knew they were doing and what the payroll records show.

“Free time was very little and far away,” one said. “And when you were [off], you almost seemed to be in trouble because of it. “

Workers also had to fight for access to benefits when the six-month probationary period expired.

“For a multimillion-dollar company, they were the most disorganized people I’ve ever seen,” the worker said.

Employees were promised good pay and then told they couldn’t have them because the power plant isn’t bringing in money yet, even though it seems to be spending “left, right and in the middle”, one worker said.

“I’ve been working since I was thirteen and I’ve never worked for someone who didn’t respect me or respect anyone like these people,” he said. “You were treated like an absolute bag of shit.”

The factory’s parent company sent a team of Chinese managers to oversee construction, commissioning and production for a $ 332 million investment.

Education was offered in an attempt to bridge the cultural gaps between what managers were accustomed to in China and what workers in Canada expected from their employer – but tensions remained.

“There was a bit of a joke there that they wanted us to be their servants,” said one manual worker.

He said he was told he had to wear cheap uniform shoes that didn’t suit him. “It was extremely uncomfortable. They didn’t care, they just wanted everyone to look exactly the same–” Shut your mouth, do your job. “

He said he worked 12-hour shifts on the concrete floor. He said he asked if he could pay for the footwear himself if he found something that met safety standards.

“They absolutely told me it wasn’t going to happen,” he said.

After arguing, he said he got shoes similar to the ones he wore in other food factories while others were still walking around in pain.

“They were afraid to talk because they didn’t want to lose their jobs,” he said.

Employees reported having a similar problem with respirators and other personal protective equipment, although they worked in an environment where dust was often trapped in the air when milk powder was processed and packaged.

CBC News showed a photo of the equipment malfunction that caused milk powder to be scattered throughout the room. It was so dense that workers had to clean it with shovels.

Workers said the blue surgical masks they issued to prevent the spread of COVID-19 were not sufficient protection for such tasks.

One worker with chronic lung problems said he believed he was sick several times because of the air quality in the plant.

His doctor wrote a note documenting his condition and bought another mask, which he thought offered him better protection. He said the company told him he couldn’t wear it until he got another medical opinion. He told CBC News that when he protested, he was sent home free of charge.

This employee had a particularly difficult relationship with the plant management.

One day, he said – when the equipment was not working properly and tensions were rising – the dispute in the control room escalated to the point that his manager reached out and touched him on the shoulder. The employee said he was forced to sit while the manager told him to get attention.

The employee said he did not know what to do.

“That’s my boss. I need this job … If I leave, I’ll probably be fired. But is that even acceptable?”

He said other officers who witnessed the incident encouraged him to speak out.

“They said, ‘Man, you know that’s not right.’ This is definitely not allowed in Ontario. “

At the employee’s request, the company’s human resources department hired a former police officer to investigate the incident.

CBC News has seen an external investigator’s report since May last year. Although he challenged some of the employees ’allegations, he ultimately found that the manager had violated both the company’s violence and harassment policy as well as the Occupational Safety and Health Act.

Employees said that although this manager later no longer bothered this worker, he continued to intimidate others.

At the end of July, a complaint was filed with the Department of Labor, Training and Skills Development in the State of Ontario that Canada Royal Milk had not conducted a new harassment investigation.

“The role of ministry inspectors is not to resolve or forward specific allegations of harassment in the workplace,” the inspector wrote in a response received by CBC News under the Ontario Freedom of Information Act. Although this document was marked with a “field visit” report, he says the investigator worked “only with electronic communications.”

No orders were issued.

Canada Royal Milk has denied a request for an interview by CBC News. In a statement, he said its operation was “protracted and affected by the global pandemic, but the health and safety of our employees remains our top priority.

“The company makes every effort to promote a respectful and productive work environment and we have policies and procedures in place to ensure that this commitment is met.”

Before contacting government inspectors or CBC News, employees tried to improve their job by organizing a union to represent them.

The vote took place in March 2020, just as the pandemic had begun. The result was in favor of certification by the United Nations Food and Trade Union. But eight ballots were challenged and sealed – enough to upset the balance of the union.

The union claims that the company misrepresented the work done by some of the employees at issue by classifying them as production staff when, in fact, they played an administrative or even managerial role.

“Workers at the Royal Milk factory in Kingston, Canada have many serious concerns about health and safety at work, as well as how they were treated – issues that no worker should face,” he told CBC News. Tim Deelstra of UFCW Local 175. in an email.

“The union is looking forward to completing approval from the Ontario Labor Relations Committee so that the process of formal collective bargaining and labor relations with the employer can begin.”

The next arbitration hearing is scheduled for April 12.

It is not clear how long the working council process can take. While the company is dragging on, there is no need to collectively negotiate with workers who want to fix things.

Some workers, despite the labor market disruptions caused by the pandemic, voted with their feet in search of another job.

Workers said some replacements came to the plant fresh from school, with no experience in other jobs. They said they fear new employees do not know their rights.

WATCH | Employees claim the baby facility in Ontario is not safe

Current and former employees at a Canadian baby formula company in Ontario, praised by all governments on arrival, say the job is not safe and they are worried that someone might die. 5:17

When the power plant was announced, it was celebrated as a necessary foreign investment that will bring both tax revenues and jobs to the city.

The Canadian Dairy Commission will not disclose how much federal funding has been granted to Canadian Royal Milk, but the Ontario government has earmarked $ 24 million for the project. The city of Kingston transferred 16 acres of industrial land to the company for its facility.

People who know what it’s like at the plant have said that since it opened, Kingston has begun to know it’s not a suitable place to work. They said the company now needs to hire workers from afar.