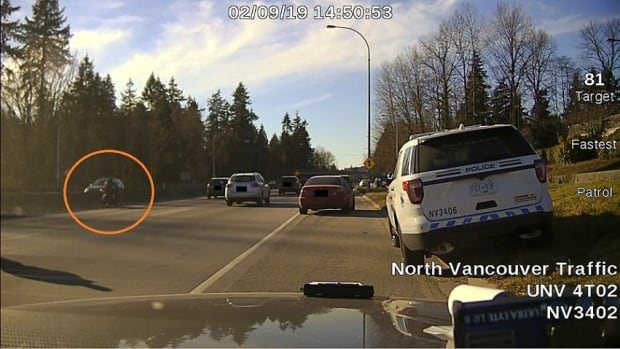 An RCMP official in North Vancouver was taken to a hospital on Saturday after a minor injuries after being disturbed by a motorcycle at the traffic station.

The RCMP in North Vancouver says uniformed police officers on Highway 1, west of Westview, are around 14:50. PT performs a traffic jam when they have marked a black sports motorcycle.

The police say that the person who drives the motorcycle first stopped, then accelerated, hit the officer and hit him on the ground.

The officers say that the motorist then escaped to the west on the highway 1.

The attacked officer was taken to the Lions Gate hospital where she was treated for minor injuries.

Police are asking anyone who witnessed the incident to turn to North Vancouver's traffic services on (604) 985-1311, especially if they have a video that could catch a collision.

An RCMP official is injured due to the impact and driving of a motorcycle https://t.co/ajbLGbm1ed #NorthVancouver pic.twitter.com/brbNxmK82d