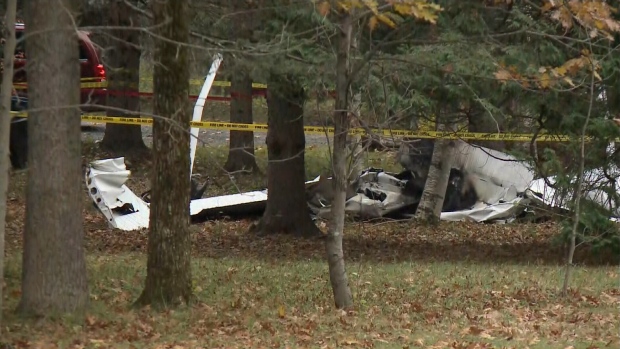 The Canadian Transport Safety Board will hold a press conference on Tuesday morning to update the car collision at the western end of Ottawa.

On Sunday morning, two small planes collided at Carp Airport, killing one of the pilots.

The Cessna-150 is on the front lawn home at McGee Side Road, about two kilometers from the airport. The plane remained on pieces, the pilot, family members identified as 82-year-old Kanat, was pronounced dead on the scene.

A male daughter said that her father was under the age of 82 but was psychologically and physically strong. She says that flying was his passion and said that safety was his priority.

So far, the family has decided not to let go of a human name.

The pilot of another airplane employed at Carp airport was forced to land at Ottawa International Airport. Dual Piper engine did not have any serious damage. The pilot and his young son escaped after the injuries.

Carp Airport, like most small airports, is in "uncontrolled airspace", this means that the airport does not have an air traffic control tower; instead of pilots relying on their location.

"The fact that the airport is uncontrolled does not mean that it is not safe," says former TSB explorer Larry Vance, "apparently they did not see each other or if they did it was too late. They'll find out from the investigation if both were doing what they did they should work. It could be from the top that someone is outside the norm. "

Vance, now co-owner of the private aviation investigation company HVS Aviation, says mid-air collisions such as this are "extremely rare".

This is the second car accident in Carp last month. The pilot pilot in Toronto had serious head injuries when his small aircraft on the Almonte Road in Carp lost their home on October 16. The plane took off from Carp just minutes before the accident.

Vance says that two high profile accidents are "coincidence" and say that this does not affect the safety of Carp airport.

"Everyone is sad, you do not have to know people to be sad," said Edmonton pilot Ken Wiseman for CTV. Wiseman, in Carp, to inspect the airplane for a customer, says he has confidence in the industry, "you'd better get back in the car back on your way back to your office as if you are flying in an airplane."