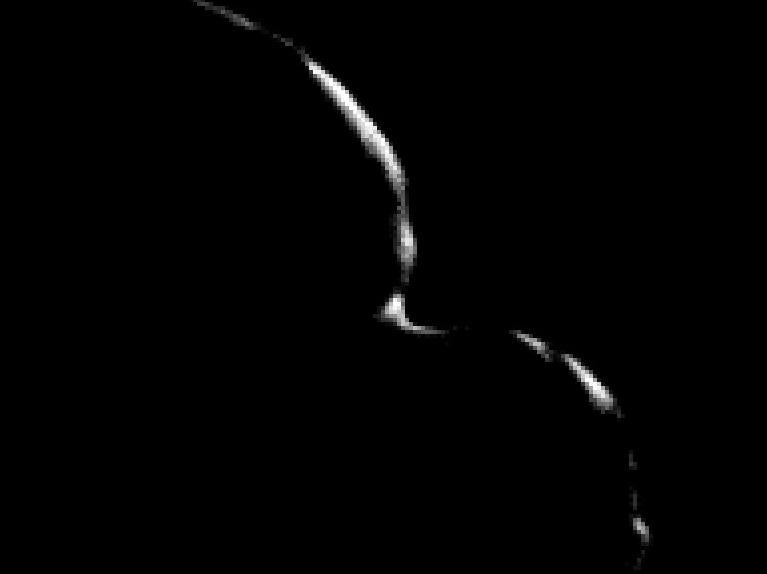 The final view captured by a NASA spacecraft as it flew by the most distant world ever explored revealed that it had a different shape to the one presented to the world on New Year's Day.

Instead of the "snowman" initially proposed when New Horizons were backing images from the depths of space, the object seems to have a flattened shape.

The new pictures show there is still a lot to learn about the object dubbed Ultima Thule, which is located over 4 billion miles away from Earth.

Get the best of The Independent

Get the best of The Independent

It is located in the Kuiper Belt, a region of the solar system beyond the eight major planets, composed of icy bodies floating in space.

The "very unusual" new look for Ultima Thule was captured about 10 minutes after the spacecraft passed by at its closest point, traveling at over 31,000 miles per hour.

"This is really an incredible image sequence, taken by a spacecraft exploring a small world four billion miles away from Earth," said mission chief investigator Dr Alan Stern, a planetary scientist at the Southwest Research Institute.

"Nothing like this has ever been captured in the imagery."

The departure images revealed a shape that previously was hidden, as it was not illuminated by the sun.

Stringing together images taken as the spacecraft sped past the object revealed that the larger "Ultima" section was not spherical after all, but flattened like a pancake.

The pictures have raised questions among the scientific team about how such an object could have formed.

"We've never seen something like this orbiting the sun," said Dr. Stern.

The team were able to assemble the new images based on which stars were blotted out as the darkened part of Ultima Thule passed ahead of them.

"While the very nature of a fast flyby in some ways limits how well we can determine the true shape of Ultima Thule, the new results clearly show that Ultima and Thule are much more flat than originally believed, and much more flatter than expected," said Dr Hal Weaver, New Horizons project scientist from the Johns Hopkins Applied Physics Laboratory.

"This will undoubtedly motivate new theories of planetesimal formation in the early solar system."