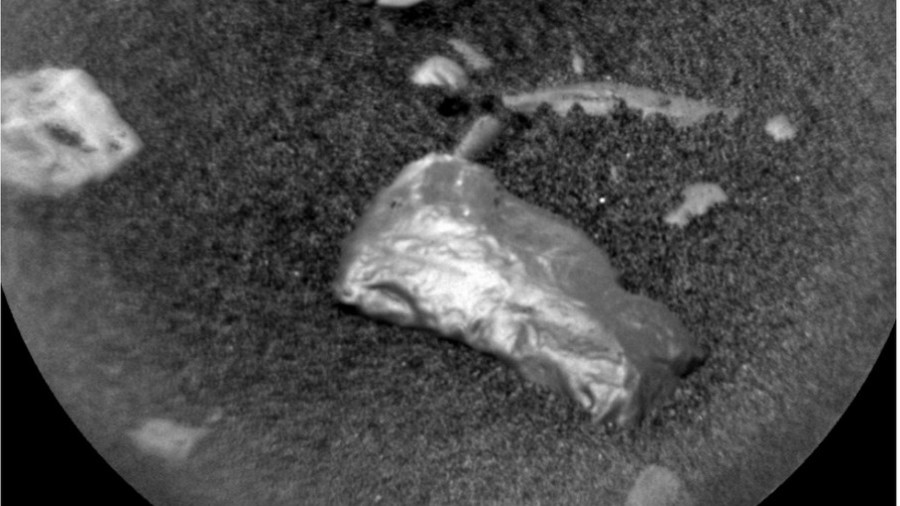 NASA's Curiosity rover made a rather interesting discovery on Mars. Light, shiny, mysterious, and perhaps (or perhaps not) meteorite.

On Thursday, when he wrote on the blog of the Curiosity team, Susanne P. Schwenzer referred to an unknown object that was named "Little Colonsay."

"One of the patterns we are trying to look at is" Little Colonsay. "The planning team thinks it could be a meteorite because it's so bright. But the look is misleading, and the proof will only come from chemistry" she wrote.

The facility was spotted by Rover's ChemCam on Monday.

NASA's Curiosity rover is the most technologically advanced rover ever built, equipped with 17 cameras and a robotic arm with special tools and instruments. Her mission is to determine whether Mars was or was living in microbial life.