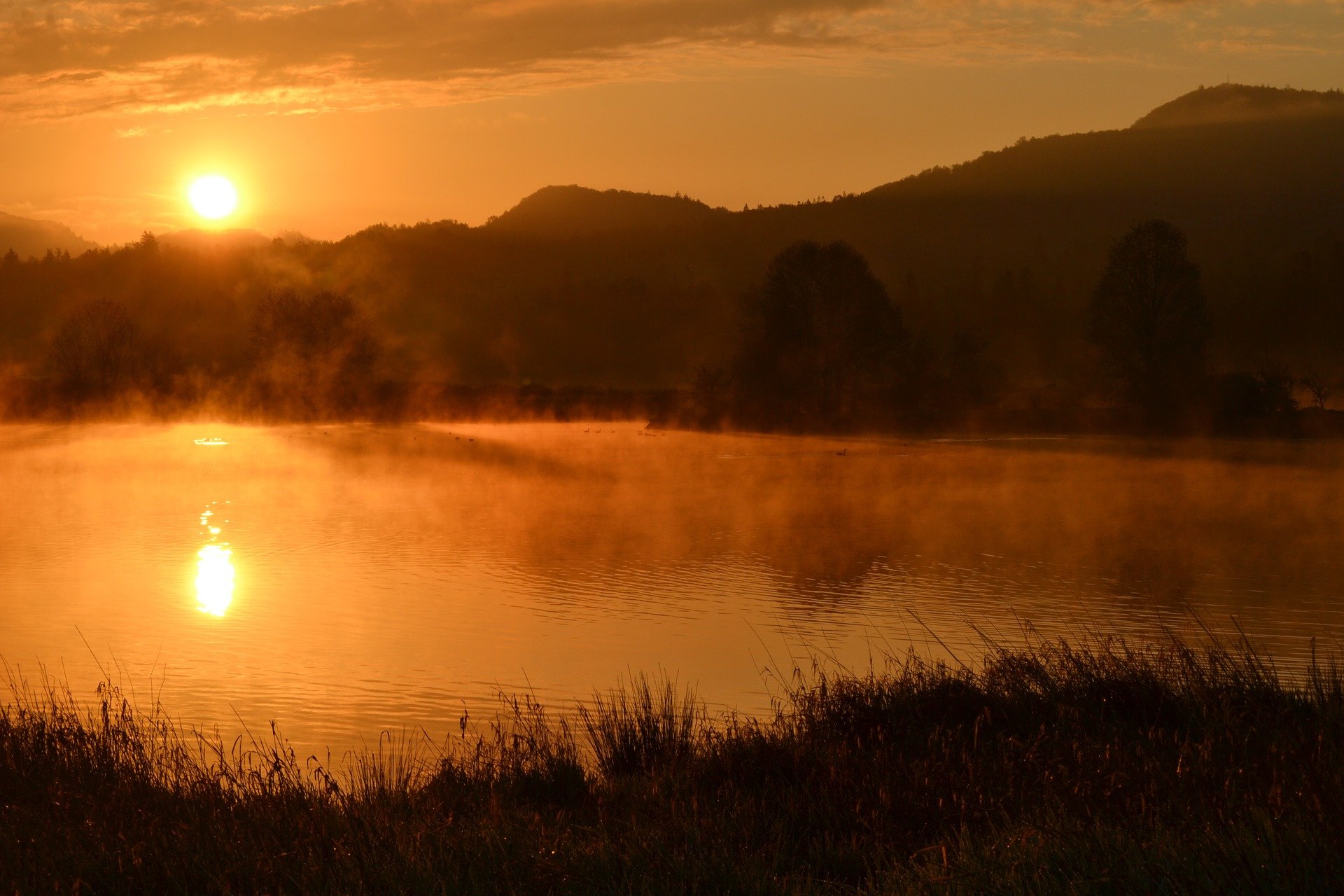 The original ponds may have provided an appropriate environment for welding earth's first life forms, more than oceans, notes the new MIT study.

Researchers report that shallow water bodies, a depth of 10 centimeters, could hold high concentrations, which many scientists believe are the key ingredients for the beginning of life on Earth: nitrogen.

In shallow ponds, nitrogen oxides of nitrogen would have sufficient chances to accumulate enough to react with other compounds and cause the formation of first living organisms. In many deeper oceans, nitrogen will be more difficult to establish an important, life-catalyzing presence, researchers say.

"Our general message is if you think that the source of life needed fixed nitrogen, as many people do, then it's hard to have the origins of life in the ocean," says Sukrit Ranjan, a postdoctoral officer in the Department of Earth MIT, Atmospheric and Planetary Sciences (EAPS). "It's much easier if this happens in the pond."

Ranjan and his colleagues today announced their results in the magazine Geochemistry, Geophysics, Geosystems. Co-author of the paper is Andrew Babbin, assistant professor Doherty for exploiting the sea in the EAPS, together with Zoe Todd and Dimitar Sasselov from Harvard University and Paul Rimmer at the University of Cambridge.

Termination of the bond

If primitive life actually came from a key reaction involving nitrogen, scientists believe that this could happen. The first hypothesis refers to a deep ocean where nitrogen oxides could react with carbon dioxide from hydrothermal orifices to form the first molecular building blocks.

Another hypothesis about the origin of life, based on nitrogen, includes RNA – ribonucleic acid, a molecule that today helps encode our genetic information. In its primitive form, RNA was probably free floating molecules. Some scientists believe that RNA is in contact with nitrogen oxides, can chemically cause the formation of the first molecular chains of life. This process of RNA formation may have occurred either in oceans or in shallow lakes and ponds.

Nitrogen oxides were probably deposited in water bodies, including oceans and ponds, as residues of nitrogen decomposition in the earth's atmosphere. Atmospheric nitrogen is composed of two nitrogen molecules connected through a strong triple bond, which can only be broken by an extremely energetic event, namely, an arrow.

"The shoot is like a really intense bomb," says Ranjan. "It produces enough energy to break that triple bond in our atmospheric nitrogen gas to produce nitrogen oxides, which can then rain in water bodies."

Scientists believe that in the early atmosphere, lightning could be enough to generate an abundance of nitrogen oxides in order to stimulate the origins of life in the ocean. Ranjan says that scientists have assumed that this supply of nitrogen oxide caused by lightning is relatively stable when compounds enter the oceans.

However, in this new study, it defines two important "sinks" or effects that could destroy a significant proportion of nitrogen oxides, especially in the oceans. He and his colleagues examined scientific literature and found that nitrogen oxides in water can be decomposed by interactions with solar ultraviolet light, and also with dissolved iron, which has been decayed from primitive ocean rocks.

Ranjan says that ultraviolet light and dissolved iron could destroy a significant proportion of nitrogen oxides in the ocean, the compounds being returned to the atmosphere as gaseous nitrogen.

"We have shown that if you include these two new troughs that people have not previously thought of compromising the levels of nitrogen oxides in the ocean by a factor of 1,000, according to what people calculated earlier," says Ranjan.

In the ocean, ultraviolet light and dissolved iron will give less nitrogen oxides for the synthesis of living organisms. But in shallow ponds, life would have a better chance of keeping up. This is mainly because ponds have a much smaller volume that can be diluted. Consequently, nitrogen oxides in ponds would build much higher concentrations. Any "sinks" such as UV light and dissolved iron would have less effect on the overall concentration of the compound.

Ranjan says it is a shallow pond, the greater the likelihood that nitrogen oxides would interact with other molecules, especially RNA, in order to catalyze the first living organisms.

"These ponds could be as deep as 10 to 100 centimeters, with a surface of a tenth of a square meter or more," says Ranjan. "Today they would be similar to the Don Juan Pond in Antarctica, which has a summer seasonal depth of about 10 centimeters."

This may not seem to be an important body of water, but it says that this is: in environments that are deeper or deeper, nitrogen oxides would simply be too diluted, which would prevent any kind of participation in the chemistry of the origin of life. Other groups estimated that about 3.9 billion years ago, just before the first signs of life on Earth, there may have been around 500 square miles of shallow ponds and lakes around the world.

"This is quite small, compared to the amount of lake area we have today," says Ranjan. "However, given the amount of surface required by prebiotic chemists, it is necessary for life to begin, this is perfectly appropriate."

The debate about whether life originates from ponds compared to the oceans is not completely resolved, but Ranjan says the new study provides convincing evidence for the first.

"This discipline is less than a knock-on-type dominion, and more than building a cathedral," says Ranjan. "There is no real" aha "of the moment. It's more than a patchwork one observation for the other, and the picture that appears is that in general, many pathways of prebiotic synthesis seem chemically easier in ponds than the oceans."

He provides it
Massachusetts Institute of Technology

This document is subject to copyright. Except for fair treatment for the purposes of private study or research, no
reproduced without written permission. Content is only for informational purposes.