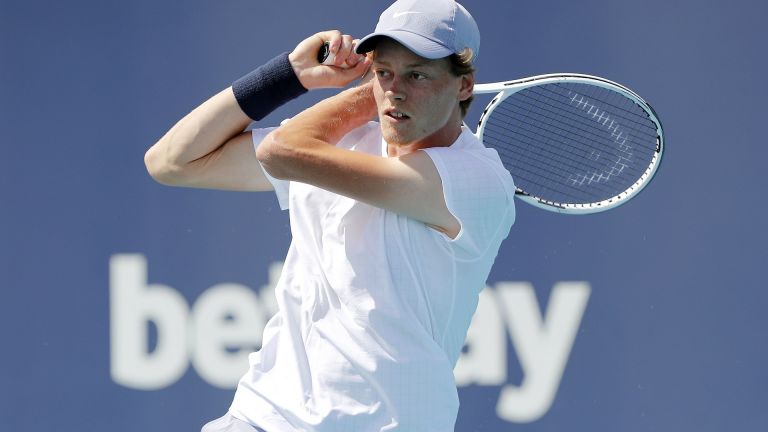 19-year-old Italian tennis talent – Yannick Siner has reached the most important moment in his career so far.

The Italian qualified for the final of the Masters in Miami after a turnaround over the far more experienced Robert Bautist Agut. Sener won the dramatic race with 5: 7, 6: 4, 6: 4 in two hours and 28 minutes in the uncomfortable heat of the state of Florida.

Not surprisingly, for the reigning champion from Sofia, this is the first Masters final in his career, as he increasingly strengthens the impression that he will be one of the future tennis stars.

He also became the youngest finalist in Miami since Rafa Nadal, who played the final in 2005 a few months before his 19th birthday.

Much more experienced and 13-year-old Bautista Agut started the match more confidently as his experience at decisive points had an impact.

The Spaniard broke to zero in the opening match, and Sinner returned to the set with a zero set. In the end, Bautista’s much more stable play secured him a new breakthrough. After three wasted breakball balls, he scored a goal in the 11th game to lead 6-5, then easily finished the set.

In the middle of the second set, things went similarly, but at one point, Syner seemed to realize he needed to change something in his game.

He played with much more confidence and aggression, and this immediately gave the desired result. With a breakthrough in the tenth game, he won the set with 6: 4 and reached the match in the decisive third.

It started with a slight hesitation – with a zero break for Bautista Aguta, which the experienced Spaniard did not take advantage of.

Syner showed tennis at an exceptional level and with two breakthroughs reversed the result on the set, securing a place in the final, where tonight he expects the winner of the match between Andrei Rublev and Hubert Hurkach.