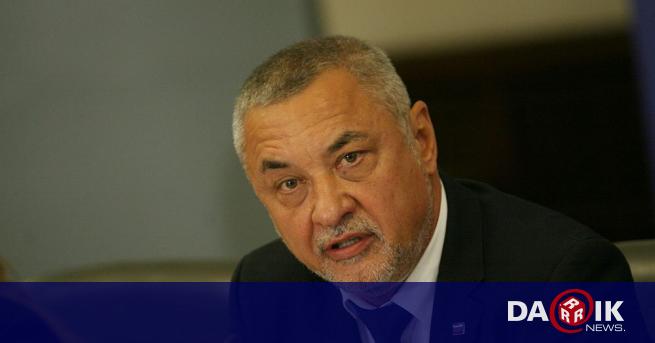 Simeonov said at today's press conference he called his representatives to announce their personal decision to resign as Deputy Prime Minister of Bulgaria in the coalition government GERB and United Patriots.

"The reasons are the media campaign in the last two days, in which the campaign was a continuation of the campaign against me in connection with my protest statement before the Council of Ministers, but the continuation of this campaign no longer focuses on my personality in my role as the Deputy Prime Minister and members of the NSSB, "says Simeonov.

"I clearly realize that this is a media campaign that benefits some political forces, and I am aware that this media campaign creates power over the government and becomes an obstacle to the normal functioning of the current government. It is not my personality, it is not just a party, I am the leader, but the management of Bulgaria – a government that I do not define solely alone – but also my partners as a very successful most successful and I can not afford to weigh this management as a millstone that creates preconditions for public moods, protests and attacks not only from the opposition, but also from outside parliamentary parties and entire social groups, for which I mediate as I said, it's not my childhood dream to be the Deputy Prime Minister, and I accepted that only because I invited my partners to be a guarantor this government with participation in it, also with the support of the party I lead "said Valerie Moon.

"At the moment I believe that the most correct act and from a moral point of view does not pose problems to the government of the OP and GERB. There is no drama in my dictation, I do not press the question of whether Borisov has told me from now on you did not, I decided in the afternoon after consulting my parliamentary group and my partners, namely, Krassimir Karakačanov, and now I am making my decision, "Simeonov told the media.

He also worked on tasks that he managed to do in a year and a half since serving as Vice Prime Minister.

Almost a month, mothers of disabled children protest against the statement of Valery Simeonov last month, SKAT TV, provoking public violence because they were called to "laugh women with allegedly sick children". Later, Simeon apologized. However, the mothers of children with special needs did not satisfy and continued the protest. The feeling of dissatisfaction with the Council of Ministers, which demanded his resignation, was also organized on the sixth day of November.