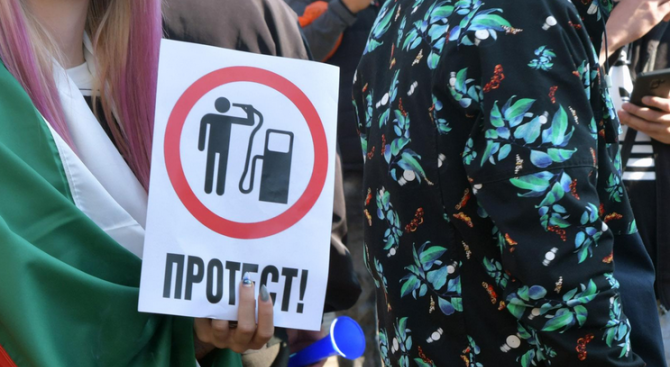 About 100 drivers protested today in Lom with their cars and blocked the city leaving about an hour.

The drivers explained that the protest is not only against high fuel prices, but above all against the growth of life, poverty and corruption in Bulgaria. Around lunch, protesters run on the streets of Loma, stop at gas stations on large circles, and block their work for a few minutes.

Protest in Lom is the third consecutive week this week after the last Sunday and Thursday, BTA notes.

In a peaceful protest against high fuel prices, liability insurance and low incomes and residents were paid in the afternoon Kozloduy. For the protest in Kozlodui, one of his organizers, Plamen Nikolchev explained: "For fuel prices, for high" civilians ", for taxes, we do not have fuel prices because the euro and wages are nothing but tired of crushing and raising these prices , and we keep quiet. "

A new protest against high fuel prices and low living standards has come out Shumen today. Protesters expanded several petrol stations in the city, where they charged their cars with yellow fuel oil.

About 50-60 protesters met again in front of Arena-Shumen, where they said they wanted to live better: "We went out for our children, I want to live a better life." Nothing Valerie did not resign, this is a clear work, "one of the protesters quoted by the Bulgarian national radio said.

"This resignation is wrong, everything is an illusion; in my opinion, people should be even higher so as not to reconcile with the little one given to him," commented the new participant.

Later, the unhappy spontaneously decided to go to one of the large petrol stations in the Shumen district of Bohan Bulgarians, where they started fueling their cars for symbolic sums:

"20 hundredths of duty, diesel for 20 hundredths 7 hundredths – it's a very nice amount, then I'll be back and I'll be charged for three." 10 sts – circular to go on, twice.We came not only for the price, first to change the lowest salary, taxes, everything, the whole lifetime, "said the portrait.

Protesters in Shumen have traveled to the city for three hours in three large gas stations, each of which has loaded their vehicle for quantities between 10 and 30 hundredths.